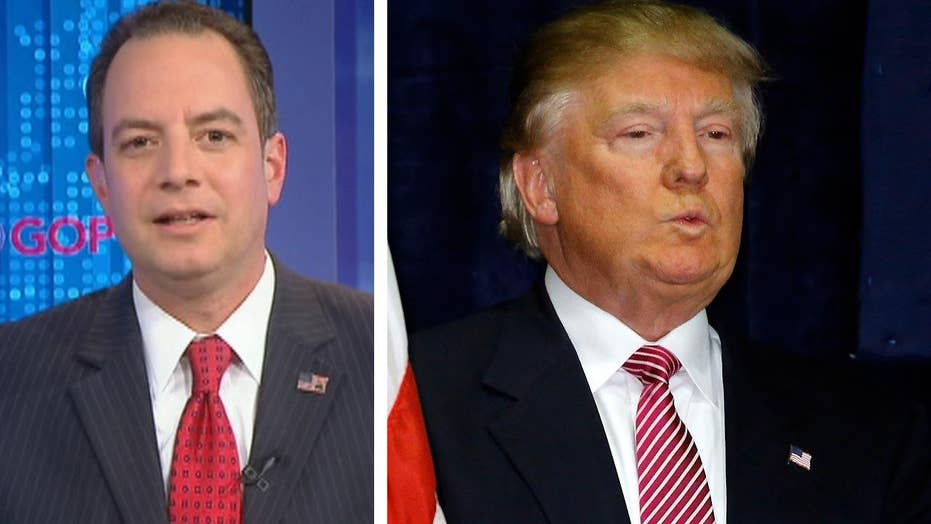 Donald Trump claims he should have locked up the GOP nomination because he has gotten more votes by far than Ted Cruz and John Kasich, accusing the establishment of 'crooked shenanigans.' RNC Chair Reince Priebus goes 'On the Record' to respond

At a campaign rally in Albany, N.Y., the real estate mogul told the crowd “there’s been so much pressure – like in Colorado, which was a total fix. There’s so much - the people all wanted to vote. They took away their votes.”

“They took away their vote and they gave it to these delegates,” Trump said. “I think it’s going to come back to haunt them because people aren’t going take it anymore. We’re not going to take it anymore. It’s a corrupt system. It’s a totally corrupt, rigged system.”

Trump and Cruz have also battled in Louisiana for control over GOP delegates.

In the state’s early March primary, Trump won the popular vote by three percent but the close result gave both candidates the same amount of delegates.

“I end up winning Louisiana and then when everything is done, I find out I get less delegates, than this guy that got his ass kicked”, he said.

As Trump wrapped his remarks reminding New Yorkers to vote next Tuesday, he tied in the controversy in Colorado.

“You’re going to go out and vote … well we found out in Colorado it's not a democracy like we thought and were not going to have a rigged election [here]," he said.