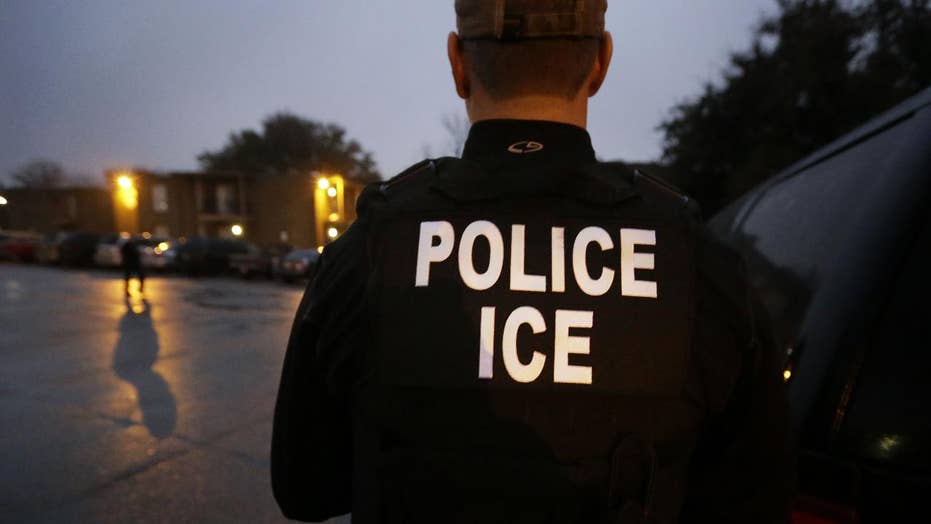 The Trump administration is taking aim at Philadelphia’s political leaders for a string of crimes committed by immigrants the city released in defiance of Immigration and Customs Enforcement requests.

The illegal immigrant from Honduras previously was in Philadelphia custody on local charges back in 2014. But when those charges were dropped a year later, city officials ignored an ICE detainer. Vasquez was later arrested and convicted for raping a child and unlawful sexual contact with a minor.

He is now serving between eight and 20 years in prison.

“The facts of this case highlight the danger posed by the City of Philadelphia’s decision to disregard ICE detainers and release previously deported aliens from local custody,” U.S. Attorney William McSwain said in a statement, accusing Philadelphia of giving Vasquez a “free pass.”

The Honduran previously had been deported from the U.S. in 2009, but returned.

"We owe the American people better. This is a perfect example of when jurisdictions decide not to cooperate with federal law enforcement, we put our communities at risk," Homeland Security Secretary Kirstjen Nielsen told Fox News’ Sean Hannity on Wednesday.

The Department of Justice pointed to video of Mayor Jim Kenney, who has served since 2016, doing a victory jig in June when a judge found in favor of the city in its fight with the Trump administration over sanctuary city policies.

“We are a sanctuary city, yeah!” he was taped singing before high-fiving with his chief of staff.

The White House at that time blasted the celebration as "disgusting."

“Many people in Philadelphia have been killed, raped or assaulted at the hands of criminal illegal aliens,” White House spokesman Hogan Gidley told Fox News. “It’s disgusting the mayor would dance in celebration of a lawless decision that allows these dangerous criminals to roam free in Philadelphia communities and prey on innocent families and children.”

Kenney pushed back against the latest controversy on Wednesday, saying that six times last year, the city handed over individuals requested by ICE, and they would do so as long as federal authorities got a warrant.

"If they had gotten a warrant we would have turned the person over, nothing of this would have happened," Kenney said, according to Fox 29.

But the administration notes that Vasquez is not a one-off case, but the latest in a long line of criminal immigrants who were released after ICE detainers were ignored by the City of Brotherly Love.

Officials pointed to at least seven other cases where alleged or convicted criminals were released, and in some cases went on to re-offend.

They gave the example of a 22-year-old Gambian man who was arrested for aggravated assault after allegedly attempting to force his girlfriend into a hot oven during a domestic dispute.

“An ICE detainer lodged with Philadelphia was not honored,” ICE said when it announced his arrest in March 2017.

Officials also cited the 2016 case of a Guatemalan national who was released from custody in Philadelphia after being convicted of two counts of illegal exposure and providing false ID to law enforcement.

Also in 2016, ICE officers arrested three criminal immigrants, two Mexicans and one Italian after they were released without detainers being honored by Philadelphia authorities. The men had convictions for crimes including aggravated assault, weapons offenses and narcotics manufacturing.

The fight with Philadelphia is part of a broader, national fight between the Trump administration and some Democratic officials who have advocated sanctuary city policies and even the abolition of ICE.