The Department of Justice will not investigate the Central Intelligence Agency for alleged spying on the Senate Intelligence Committee, McClatchy reported Thursday.

The CIA’s Inspector General requested an investigation in March after suspicions arose that the CIA was illegally monitoring computers used to prepare a report on CIA detention and interrogation procedures. The report was highly critical of the CIA, suggesting that the agency willfully misrepresented details of its programs to both the Bush administration and Congress while they were going on.

Democratic Sen. and Intelligence Committee member Mark Udall called the CIA’s alleged behavior “incredibly troubling for the committee’s oversight responsibilities.” Intel Committee Chair Sen. Dianne Feinstein said in March that “how this will be resolved will show whether the Intelligence Committee can be effective in monitoring and investigating our nation’s intelligence activities, or whether our work can be thwarted by those we oversee.”

“The department carefully reviewed the matters referred to us and did not find sufficient evidence to warrant a criminal investigation,” said Justice Department spokesman Peter Carr.

Udall encouraged the Senate to take a stand against the DOJ’s decision. “We shouldn’t let this drop.” 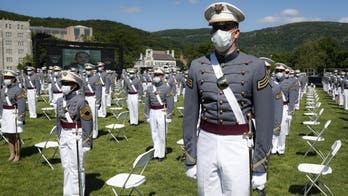