Lawmakers gear up for close-door interview with Bruce Ohr

Justice Department official Bruce Ohr testified to lawmakers on the House Oversight and Judiciary committees Tuesday about his relationship with former British spy Christopher Steele and his ties to the salacious anti-Trump dossier.

Ohr did not respond to reporter questions as he arrived for the closed-door session, accompanied by two officials.

While lawmakers told reporters that Ohr was being cooperative, Rep. Darrel Issa, R-Calif., said that Ohr "has a poor memory."

"He seems to not remember a lot of details and, you know, poor memories are often claimed by people who want to stick to what they can say and not be caught in perjury," he told Fox News.

Republicans allege that Ohr played a key role in selling the dossier, commissioned by Fusion GPS and paid for by Hillary Clinton’s campaign and the Democratic National Committee. They were expected to ask why Ohr broke with protocol and kept up communication with its author, Steele, long after the FBI fired him as a source in late 2016 due to his contacts with the media.

“I don’t know if it's improper but I want to know who at DOJ knew and it certainly looks like he continued to meet with Mr. Steele after the FBI had terminated their relationship with Mr. Steele,” Rep. Jim Jordan, R-Ohio, told Fox News ahead of the hearing.

Rep. Matt Gaetz, R-Fla., told reporters during a break in proceedings that there are conflicts between Ohr's testimony, and that of former FBI lawyer Lisa Page and Fusion's Glenn Simpson about the handling of evidence and the timing.

Simpson told the House Intelligence Committee that he had no contact with Ohr until Thanksgiving 2016, while emails reviewed by Fox News show contact in August.

Investigators are also probing Ohr’s relationship with Simpson. Ohr’s wife Nellie worked at Fusion as a Russian specialist and did research that formed part of the dossier. Government officials are not allowed to take actions in their official capacity that financially benefit family members, and Nellie was understood to be receiving significant income from Fusion GPS.

Ohr has become a key point of contention for Republicans and President Trump, who see the revelations about Ohr as the latest development that calls into question the FBI’s actions that led to the beginning of the Russia probe. The dossier was used by federal officials to justify the Foreign Intelligence Surveillance Act (FISA) warrant on Trump aide Carter Page.

“The fundamentals don't change the fact that a top Department of Justice official’s wife is working for the firm the Clintons hired to put together the dossier and the FBI uses that dossier that they’re getting from Bruce Ohr ... to then go get the warrant to spy on the Trump campaign,” Jordan said. “So that’s a big concern, who at the DOJ knew that?" 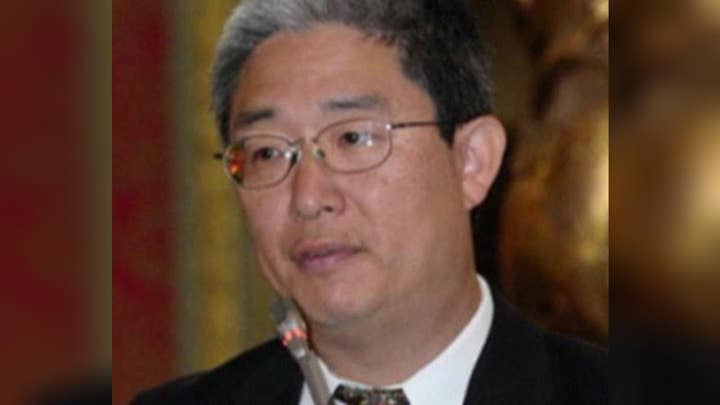 About two hours into the session, Rep. Mark Meadows, R-N.C., came out and told reporters that the FBI knew there were "credibility" issues surrounding the dossier before it was used to secure the first FISA warrant on Page in October 2016. Meadows said Ohr had never acted or handled evidence in this way before.

Text messages obtained and reviewed by Fox News show that Steele also tried to use Ohr as a go-between with Special Counsel Robert Mueller.

“We are frustrated with how long this reengagement with the Bureau and Mueller is taking,” Steele wrote to Ohr. “Anything you could do to accelerate the process would be much appreciated.”

Months later, Ohr confirmed to Steele that he had passed along his questions to Mueller’s team. The Republican-led House Intelligence Committee found that Steele effectively used Ohr as a back channel for communications after his termination.

The controversy has even reached the White House, where President Trump has weighed in and floated revoking Ohr’s security clearance.

“I think that Bruce Ohr is a disgrace with his wife Nellie. For him to be in the Justice Department and doing what he is doing is a disgrace,” he told reporters this month.