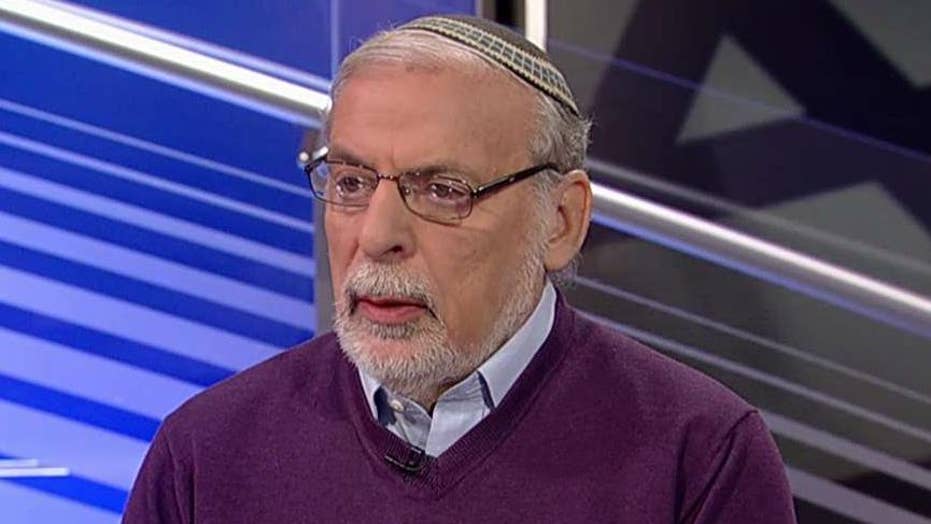 Dov Hikind, a former New York state assemblyman who was at the scene after the Hanukkah stabbing attack in Monsey, sounds off on the violence.

Saturday's stabbing during a Hanukkah celebration at a rabbi's home in Monsey, N.Y., the latest in a spate of anti-Jewish violence in the region, drew bipartisan condemnation. But the attack also became a political football in a matter of hours, with several on the left jumping to point fingers at President Trump — in turn, inviting accusations that Democrats are distracting from anti-Semitism in their own ranks.

Anti-Semitism long has been prevalent on the fringes of both ends of the political spectrum. But Trump foes quickly seized on the New York area attacks to suggest the president specifically fanned the flames of hatred.

Rep. Eric Swalwell, D-Calif., pointedly blamed Trump for the rise in anti-Semitism in the U.S.

"Anti-Semitism is on the rise in America. And it’s being stoked by @realDonaldTrump who won’t condemn it and Trump’s lawyer, @RudyGiuliani, who just this week said he’s 'more Jewish than Soros,'" Swalwell tweeted, including a reference to recent controversial remarks by Rudy Giuliani.

Rep. Ilhan Omar, D-Minn., who has tweeted messages about Israel in the past that were criticized as including anti-Semitic tropes, retweeted Swalwell's post.

However, Trump has condemned anti-Semitism. While his statement in response to the Monsey attack came later in the afternoon, he spoke out against bigotry against Jews in no uncertain terms.

"We must all come together to fight, confront, and eradicate the evil scourge of anti-Semitism," Trump said.

Trump also condemned anti-Semitism after the 2018 mass shooting at the Tree of Life synagogue in Pittsburgh, stating, "Anti-Semitism and the widespread persecution of Jews represents one of the ugliest and darkest features of human history."

Earlier this month, Trump signed an executive order that would cut federal funding to colleges and universities that don't curb anti-Semitism against Jewish students.

Nevertheless, the president has continuously been accused of subtly condoning or promoting bigotry since his 2016 campaign. He drew substantial criticism following the deadly attack at a white nationalist rally in Charlottesville, Va., for claiming there were good people on "both sides" of the conflict.

But some Democrats have sought to link Trump's rhetoric with anti-Semitism even when the attacks -- such as the one in Monsey -- don't appear to be tied to far-right white nationalism.

Rep. Rashida Tlaib, D-Mich., who supports a controversial boycott movement against Israel, first responded to Saturday's attack with a non-political tweet lamenting the violence and hatred, but followed it up with a message blaming the president.

"He fuels people's anger & misguided hate. Instead of leading with compassion, he simply gaslights and laughs about it," Tlaib said.

After a shooting at a kosher supermarket in Jersey City earlier this month, Tlaib tweeted "This is heartbreaking. White supremacy kills," even though the suspects were black. She later deleted the post.

Rep. Steve Cohen, D-Tenn., called the violence in Monsey "sad but predictable," retweeting a post attributing anti-Semitism to Trump's administration and adding a comment that the president "has made unacceptable conduct acceptable."

The day after the Monsey attack, New York City Mayor Bill de Blasio placed at least some of the blame on Trump and the messaging "emanating from Washington," in a Fox News appearance.

Ariel Gold, national co-director of the organization Code Pink, reacted to the weekend's violence by tweeting, "This is Trump's America," and wondering if the president would "apologize for his repeated use of antisemitic tropes and dog whistles and commit to no more?"

Gold also asked if Ivanka Trump and her husband Jared Kushner, who are Jewish, would "speak to dad" about it.

Journalist Mairav Zonszein was even more direct in linking the recent violence to the president.

"Just to be clear, I hold the Trump White House directly responsible for the increasing violent attacks on Orthodox Jewish people in America," she said.

Former New York State Assemblyman Dov Hikind, a Democrat, accused his own party of having blinders on when it comes to attacks against the Jewish people.

"Within the Democratic Party there’s a double standard. The hate, the anti-Semitism that emanates from within the left, you don’t hear anything, you hear very little," Hikind told Fox News on Monday morning. "The mayor of the city of New York has continued to call the hate coming from the right. All the hate in New York is coming from the left."

While the political affiliations of the suspects in the recent cases are unclear, white nationalism does not appear to be the ideology driving either the Jersey City or Monsey attacks. Grafton Thomas, who faces five counts of attempted murder and has pleaded not guilty in connection with the weekend stabbing spree, is black.

New York Post columnist Karol Markowicz went further in a "Fox & Friends" appearance, calling out Democrats like de Blasio for not acknowledging bigotry in their own ranks. 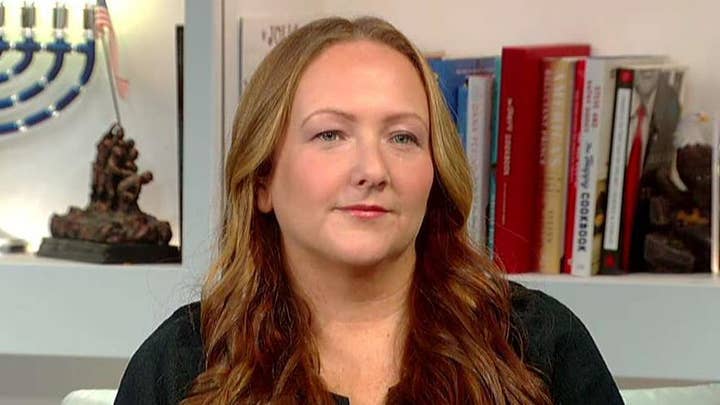 “When you can’t face a problem, when you don’t take it seriously, it ends up growing, and that’s what we’ve really seen in New York," she said.