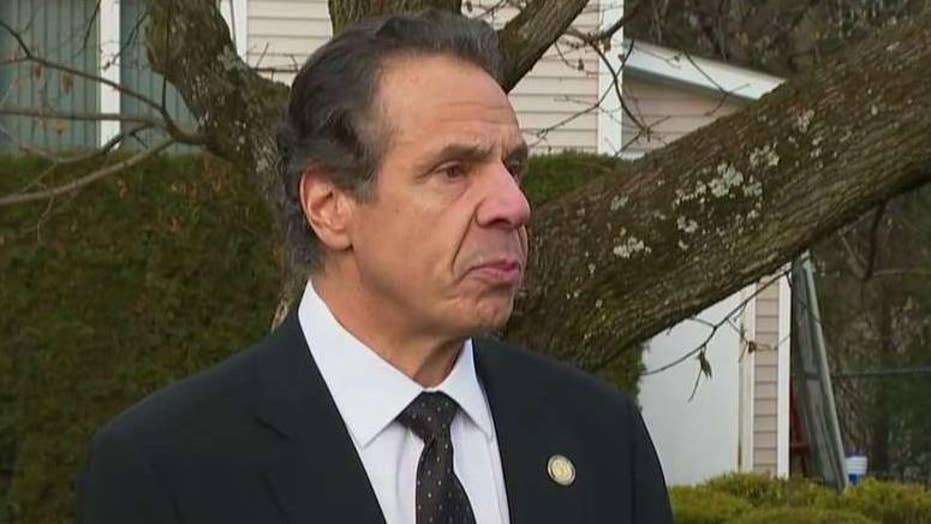 New York Gov. Andrew Cuomo called the attack by a machete-wielding man at a Hanukkah celebration at a New York rabbi's home Saturday night an "act of terrorism" and challenged his state to fight the rise of anti-Semitism and hate.

Standing out the home of Rabbi Chaim Rottenberg in the town of Monsey on Sunday morning, Cuomo called the hatred on display the night before "an American cancer in the body politic."

“This is intolerance meets ignorance meets illegality," he said, adding: "This is an intolerant time in this country. We see anger. We see hatred exploding."

No one was reported killed after the Rockland County attack, but several were injured - including the rabbi's son -  in what was the latest of nearly a dozen incidents of violence against Jews in the area in recent weeks, including eight in Brooklyn and a deadly shooting in Jersey City. 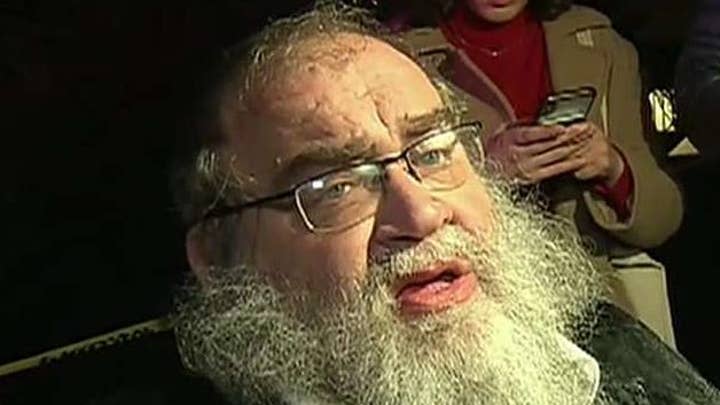 Monsey – a town of about 18,000 residents some 35 miles north of New York City – had seen a previous attack just last month, when a 30-year-old man on his way to morning prayers was beaten and stabbed, The Journal News of Rockland County reported.

As of Saturday night, the NYPD’s Counterterrorism Bureau said it was “closely monitoring" Saturday's attack in Monsey. Gov. Cuomo said in an earlier statement that he was “directing the State Police hate crimes task force to immediately investigate and to use every tool available to hold the attacker accountable to the fullest extent of the law.”

In the wake of the attack, other local political figures and presidential hopefuls spoke out against the recent wave of anti-Semitism.

New York Attorney General Letitia James also weighed in, stating that she was “deeply disturbed” by the Saturday night attack, that she has “zero tolerance for acts of hate of any kind.”

New York City Mayor Bill de Blasio, whose city has seen an uptick in such attacks, vowed to prevent this from becoming “the new normal,” saying the city will “use every tool we have to stop these attacks once and for all.”

De Blasio’s statement came after Congressman Lee Zeldin, R-N.Y., blamed local leadership and a “culture of acceptance” for being contributing factors in the rise of attacks against Jews.

“The violent anti-Semitic attacks in NYC are being caused by raw hate, feckless leadership, a culture of acceptance, education & promotion of anti-Semitism, & lowering quality of life,” Zeldin tweeted.

Sunday morning, Cuomo promised to do more than just speak out.

“At the end of the day, it’s not just about words, it’s about action. And we have seen enough in New York,” he said. “This is violence spurred by hate. It is mass violence and I consider this an act of domestic terrorism.”

Cuomo said that in the new year, he will propose measures to punish perpetrators of acts like these as terrorists.

In addition to government action, the Guardian Angels watch group, founded by Curtis Sliwa in 1979, stated that they will be patrolling Jewish neighborhoods in Brooklyn on Sunday, NBC News reported.

Israel Prime Minister Benjamin Netanyahu also stated, “We will cooperate however possible with the local authorities in order to assist in defeating this phenomenon,” offering “best wishes for recovery to the wounded.”

"The horrifying rise of antisemitism is tearing apart the fabric of our communities and the soul of this nation," former vice president Joe Biden said in a Sunday morning tweet. "We've got to stand together as a country and fight these flames of hatred. My deepest sympathies are with the victims, their families, and the Jewish community."

Sen. Elizabeth Warren, D-Mass., said she was "heartsick" for the victims.

"We must fight anti-Semitism and make clear that hateful bigotry has no place in our society," she stated.

Sen. Bernie Sanders, I-Vt., said he was "outraged" by the attacks.

"We must confront this surge of anti-Semitic violence, prioritize the fight against bigotry, and bring people together – instead of dividing people up," he tweeted.

South Bend, Ind. Mayor Pete Buttigieg said, "This cannot be tolerated," and noted the timing of the attack, saying, "On the morning of the last night of Hanukkah, let us all rededicate ourselves to ensuring that light beats back darkness. Never again."

Andrew Yang called anti-Semitism "a horrifying scourge that has no place in America,” adding, "We must do all we can to prevent, punish and investigate these crimes and protect all who gather and worship in peace.”

“My thoughts are with the Jewish community as they cope with what appears to be another hateful attack on their humanity during Hanukkah,” Julián Castro said. “We must combat the rise of anti-Semitism and hate.”