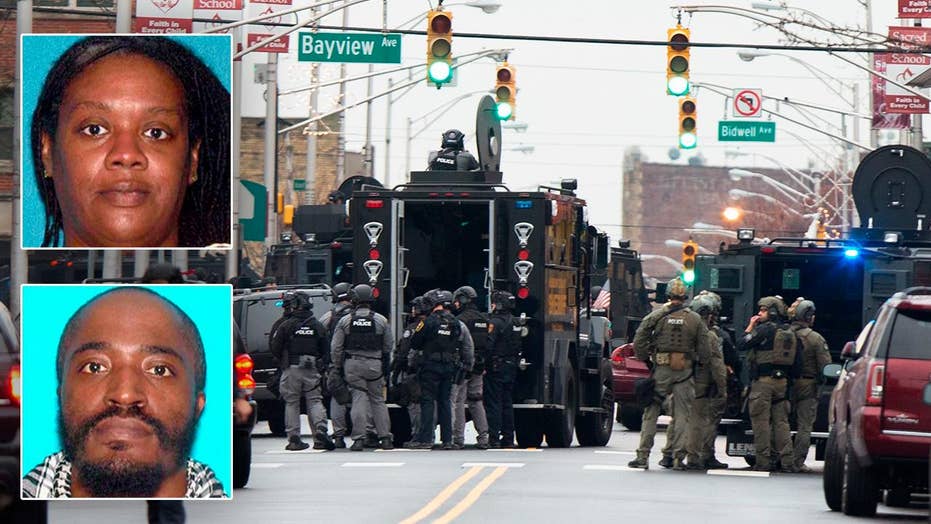 Rep. Rashida Tlaib, D-Mich., received a flurry of attention on Thursday after she tweeted that "white supremacy" was behind the Jersey City shooting that left multiple people dead.

"This is heartbreaking. White supremacy kills," Tlaib said in the since-deleted message that linked to a tweet by progressive Jewish group IfNotNow that memorialized the victims of Tuesday's shooting at a kosher supermarket.

According to the New York Times, one of the suspects had a connection to the Black Hebrew Israelites, many of whom subscribe to an extreme set of anti-Semitic beliefs. Those followers view themselves as the true “chosen people” and believe that blacks, Hispanics and Native Americans are the true descendants of the 12 Tribes of Israel, said Oren Segal, director of the Anti-Defamation League's Center on Extremism.

New Jersey Attorney General Gurbir Grewal said Thursday that assailants David Anderson and Francine Graham had expressed interest in the Black Hebrew Israelites, but added that investigators "have not definitively established any formal links to that organization or to any other group."

It's unclear what prompted Tlaib's error. Her office didn't immediately respond to a request for comment but eventually pointed Fox News to a previous tweet in which she lamented the shooting.

Tuesday's mass shooting was the latest attack on the Jewish community in the United States. Democrats like Tlaib have frequently blamed mass shootings like those on white nationalist ideology and white supremacist groups.