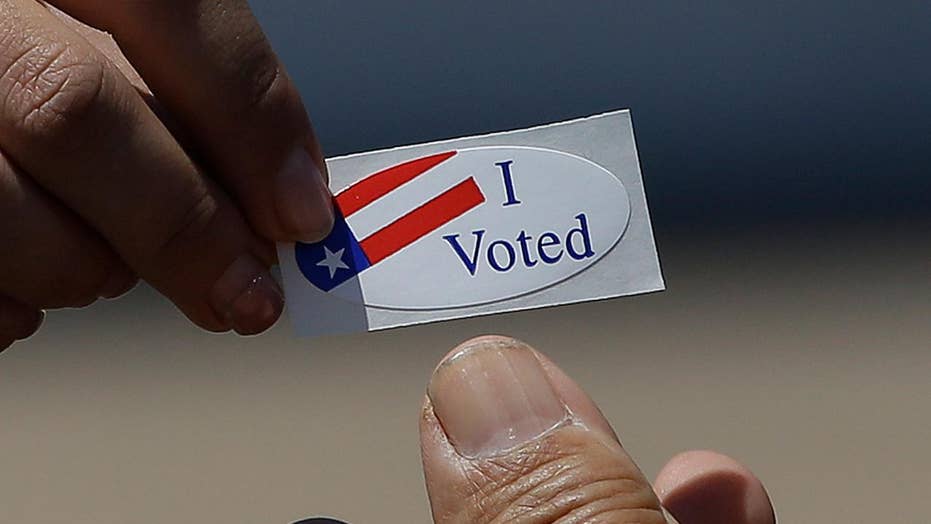 Larry Sabato, director of the Center for Politics at the University of Virginia, on lessons learned from California primary results.

Democrats appear to have avoided a worst-case scenario in Tuesday’s California primaries – the possibility of getting shut out of the general election in key congressional races – but the results expose other potential problems for the party as it seeks to flip the House in November.

Democrats’ hopes of a “blue wave” in November rest in large part on their performance in California's House races. Yet in primary results from key races Tuesday night, Republicans led the pack by a wide margin.

"I believe that Nancy Pelosi has overplayed her hand, because she has said that in order to flip the House, they must do it through California, and I think she's going to find out that that's not going to happen," GOP Rep. Mimi Walters told Fox News' Harris Faulkner before polls closed Tuesday.

Walters, one of several California Republicans targeted by Democrats, cruised through Tuesday's primary with 53 percent of the vote as of Wednesday morning, leading the field by more than 30 points. 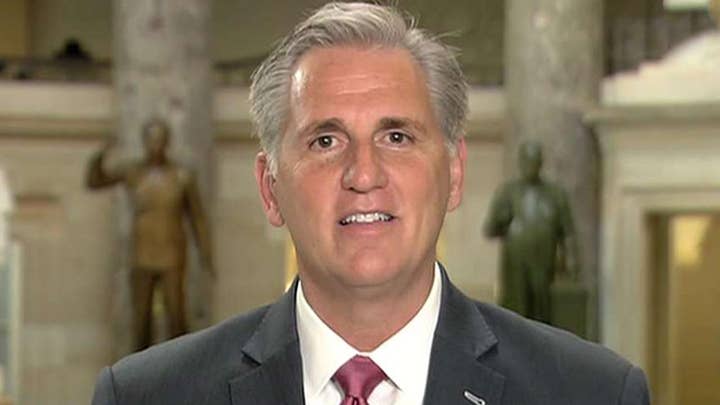 "Republicans are getting the job done," House Majority Leader Kevin McCarthy, R-Calif., told Fox News' "America's Newsroom" on Wednesday, also touting the strong finish by fellow GOP Rep. David Valadao. The California congressman finished first in the primary, with 64 percent of the vote, despite the fact Hillary Clinton won his district in 2016.

And in the 48th District, GOP Rep. Dana Rohrabacher sat comfortably on top with about 30 percent, leading the field by double digits despite being attacked by opponents for his ties to Russia.

Democrats' enthusiasm for an array of Golden State races had fueled fears that they could fall victim to the state's “jungle” primary system, which advances the top two finishers to November regardless of party. A glut of Democratic candidates raised concerns that they could split the vote in some races, locking them out of the general election.

While ballots are still being counted, such doomsday predictions did not appear to come to pass.

Democrats largely will have a spot on the ballot in November, and still have time to close the gap against their Republican rivals. GOP leads could well narrow as the Democratic vote consolidates behind one candidate.

Democrat Harley Rouda, who so far has held the edge for second place to challenge Rohrabacher, touted that the district's results showed "70% of voters in #CA48 rejected the failed hateful politics of @RepRohrabacher."

But Tuesday's primary results suggest that in several races -- like the battle for Walters' seat -- Democrats have a high hill to climb.

"So much for the big Blue Wave, it may be a big Red Wave. Working hard!" President Trump tweeted Wednesday, touting Republican John Cox's second-place finish in the state's gubernatorial primary -- though Cox remains the dark horse candidate against Democrat Gavin Newsom in that race.

Meanwhile, in California’s 49th District, where GOP Rep. Darrell Issa is retiring, Republican Diane Harkey advanced with 25 percent of the vote as of Wednesday morning. She was leading the pack by roughly 8 points.

The race in the 39th District, where GOP Rep. Ed Royce is retiring, is closer. Republican Young Kim was ahead with roughly 22 percent of the vote, with Democrat Gil Cisneros nipping at her heels less than 3 points behind.

Another wrinkle in the Democrats' push to take the House came in the blue state of New York, where Democratic Rep. Sean Patrick Maloney told local media that he would be running to replace disgraced ex-Attorney General Eric Schneiderman.

The New York Times, which first reported Maloney’s move, noted that the decision could have national implications as the district was carried by Trump in 2016 -- raising the possibility that Democrats could lose the seat if Maloney wins the primary and it opens up.

“I care intensely about keeping this seat in the blue column,” Maloney told the newspaper.

The National Republican Congressional Committee seized on the development, calling the seat "a top pick-up opportunity" for the GOP.

To date, most those opportunities have favored the other party. Democrats have seen their fortunes improve thanks to a string of Republican retirements and the expectation that they can flip GOP seats in districts Clinton won.

Democrats need to pick up 23 GOP-held seats in order to take the House in November. Out of California's 53 House seats, Republicans hold 14 -- and seven of those GOP-held districts backed Clinton in 2016. Consequently, the races in the state drew focus from national leaders.

Democrats, though, spent more than $7 million trying to repair the damage inflicted by Democratic infighting in the competitive races, while Trump sent out a series of tweet offering his support for candidates and warning of a situation in which House Democratic leader Pelosi, D-Calif., becomes speaker.

“Keep our country out of the hands of High Tax, High Crime Nancy Pelosi,” he tweeted.

He also offered his backing to Republican gubernatorial candidate Cox, who would go on to make it onto the ballot for November -- where he will face Newsom.