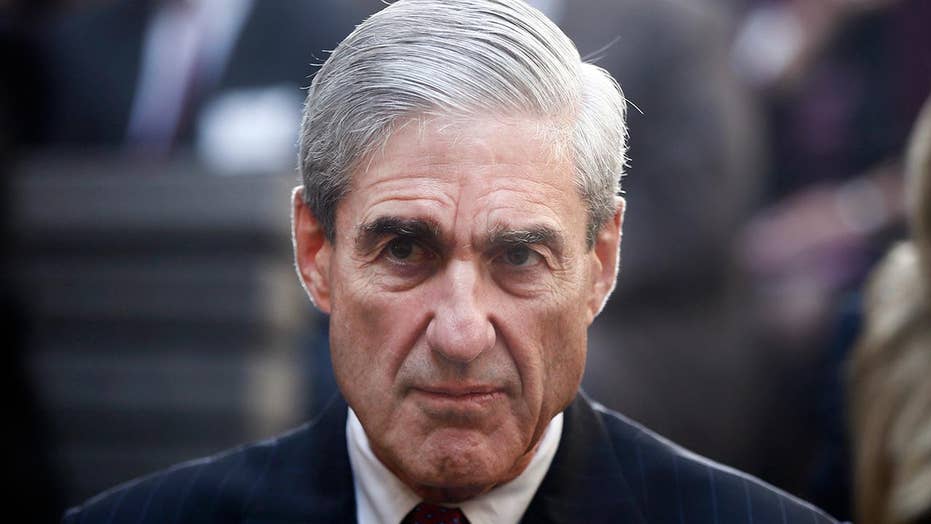 Democratic strategists Doug Schoen and Nathan Rubin weigh in on what 2020 Democratic presidential candidates have to say about the conclusion of Special Counsel Robert Mueller’s investigation.

A top Senate Democrat on the Judiciary Committee conceded in a conference call with reporters Saturday that when the special counsel's principal findings are released by Attorney General William Barr, there may well be cause for celebration among President Trump's supporters -- many of whom have stood by the president for more than two years amid a torrent of unproven allegations that the Trump campaign illegally conspired with Russia in the 2016 election.

"It's the end of the beginning but it's not the beginning of the end," Delaware Democrat Sen. Chris Coons said, echoing his party's strategy of moving forward on to other investigations, including probes into Trump's financial dealings. "Once we get the principal conclusions of the report," he added later, "I think it's entirely possible that that will be a good day for the president and his core supporters."

The timing of that potentially good day now seems to be shifting toward Sunday, after sources said a Saturday disclosure of Special Counsel Robert Mueller's primary conclusions in his now-concluded Russia investigation wasn't expected. A personal lawyer for President Trump told Fox News that Barr's report on Mueller's findings was now expected about noon Sunday, though it had earlier been expected on Saturday and the timing remains fluid.

Mueller is not recommending any further indictments as part of his inquiry, which effectively ended Friday, according to a senior Justice Department official.

In a show of confidence, for his part, President Trump waved and flashed two thumbs up to supporters as he returned to his Florida Mar-a-Lago estate on Saturday. The entertainer Kid Rock later uploaded a photograph of his golf outing with Trump earlier in the day.

"Another great day on the links!" Kid Rock wrote. "Thank you to POTUS for having me and to EVERYONE at Trump International for being so wonderful. What a great man, so down to earth and so fun to be with!! KEEP AMERICA GREAT!! -Kid Rock."

Trump himself remained off Twitter into Saturday evening -- an unusual move that prompted speculation in various news outlets and on social media.

Fox News is told that Barr may run the conclusions past White House Counsel Pat Cipollone and Emmett Flood, who were in Mar-a-Lago along with Trump, before they are released. It will likely take longer for the facts supporting the conclusions to come out, Fox News is told, because there may be materials that are either classified, or subject to executive privilege in the factual material.

House Democrats planned meetings by phone on Saturday to share what they know about the probe and to discuss how to move forward. Some prominent Democrats are floating the idea of issuing a subpoena to Mueller himself if his report is not made public.

Fox News is told that although impeachment was not mentioned on the Democrats' conference call, a primary purpose of the discussion among top Democrat committee members was to signal that just because the Mueller probe is over, that doesn’t mean that the House’s work is over.

Both parties have pushed the Justice Department to allow lawmakers to publicly discuss the report's conclusions, once lawmakers have received them from Barr.

The conclusion of Mueller's probe comes as House Democrats have launched several of their own into Trump and his personal and political dealings.

Democrats have said they have to see the full report from Mueller, including underlying evidence, before they can assess it. Those demands for information are setting up a potential tussle between Congress and the Trump administration that federal judges might eventually have to referee.

Six Democratic committee chairmen wrote in a letter to Barr on Friday that if Mueller has any reason to believe that Trump "has engaged in criminal or other serious misconduct," then the Justice Department should not conceal it.

"The president is not above the law and the need for public faith in our democratic institutions and the rule of law must be the priority," the chairmen wrote.

It's unclear what Mueller has found related to the president, if anything. In his investigation of whether Trump's campaign coordinated with Russia to sway the 2016 election, Mueller has brought charges against 34 people, including six aides and advisers to the president, and three companies.

But Mueller did not charge any Americans with illegally conspiring with Russians on any matter, including election interference -- a foundational reason for the launch of his high-profile probe nearly two years ago.

Barr testified at his confirmation hearings that he wants to release as much information as he can about the inquiry.

But anything less than the full report won't be enough for Democrats -- who on Saturday warned that they may soon set their sights on Mueller.

"If the AG plays any games, we will subpoena the report, ask Mr. Mueller to testify, and take it all to court if necessary," said Rep. Sean Patrick Maloney, D-N.Y. "The people deserve to know."