Top Democrats are ramping up calls for the Biden administration to end Trump-era Title 42 border protections, even amid growing fears of a looming migrant surge in the coming months that threatens to once again overwhelm authorities at the besieged southern border.

"Title 42 has been nothing short of disastrous for immigrant families seeking asylum from the horrors in their own countries," Senate Majority Leader Chuck Schumer, said in a call with reporters, according to Border Report. "It is unacceptable that this policy continues to be used indiscriminately to remove migrants with valid refugee claims from our Southern border."

The Trump administration enacted Title 42 public health protections in March 2020 in response to the COVID-19 pandemic. The Centers for Disease Control and Prevention (CDC) order allows for the rapid expulsion of migrants, often within minutes and without detention, at the border. While officials in both administrations claimed it was a public health order, not an immigration order, it has been used by both administrations as a critical tool in stopping migration.

Left-wing activists and some Democrats have fumed over the Biden administration’s continued implementation of the policy -- although the Biden administration has not been expelling unaccompanied children (UACs) under the policy, or many migrant families in part due to Mexico's refusal to take families with small children. In January, only 51% of all migrant encounters resulted in a Title 42 expulsion.

The outlet also reported that officials are worried about "historically and unseasonably high" numbers of migrants coming to the border and could "seriously strain" border resources. This would track with data released last month, which showed 153,941 migrant encounters in January 2022.

That’s up significantly from January 2021, where there were 78,414 migrant encounters in a month when migrant traffic is typically slower -- meaning that a surge in the coming months when traffic increases could eclipse the surge last year.

However, such considerations were not on display with Democrats, who are continuing to push hard for the restrictions to be ended, and are furious that the Biden administration has not moved on it sooner. 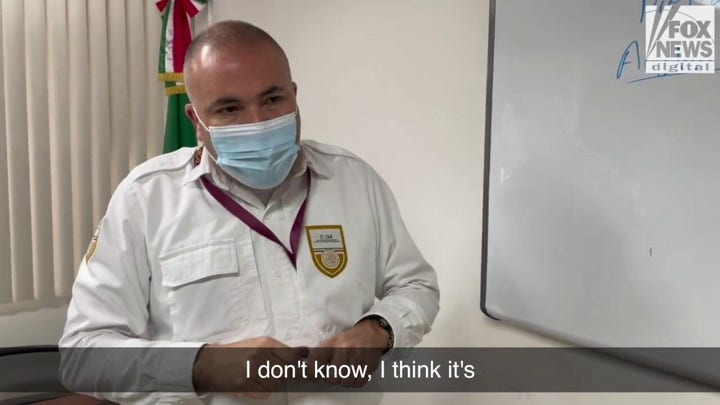 "I continue to be disappointed, deeply disappointed in the administration’s response. Title 42 goes against everything this country stands for," Schumer said.

"The continued use of Title 42 to expel migrants without screening has created life-threatening conditions and significantly increased the number of dangerous border crossings," Sen. Bob Menendez, D-NJ, said according to Border Report. "In many cases, it has also increased the public health risks that the order claims to address. It is neither humane nor effective in managing migration. In fact, it’s a threat to our border security."

"Using the pandemic as an excuse to keep implementing the Trump Title 42 policy -- that has prevented millions of asylum seekers from refuge -- must end," Congressional Hispanic Caucus Chair Raul Ruiz, D-Calif., said in a statement.

"Whether fleeing for your life from Putin’s army in Ukraine, or drug cartels and gangs in Central America, all refugees must have the opportunity to seek asylum without fear of being expelled back to the exact dangers from which they fled."

ICE announced recently it is not expelling migrants to Ukraine, and is reported to have a number of other nearby countries to which it has also suspended deportation flights.

The Biden administration also announced that it is designating Ukraine for Temporary Protected Status (TPS), given the ongoing Russian invasion of the country.