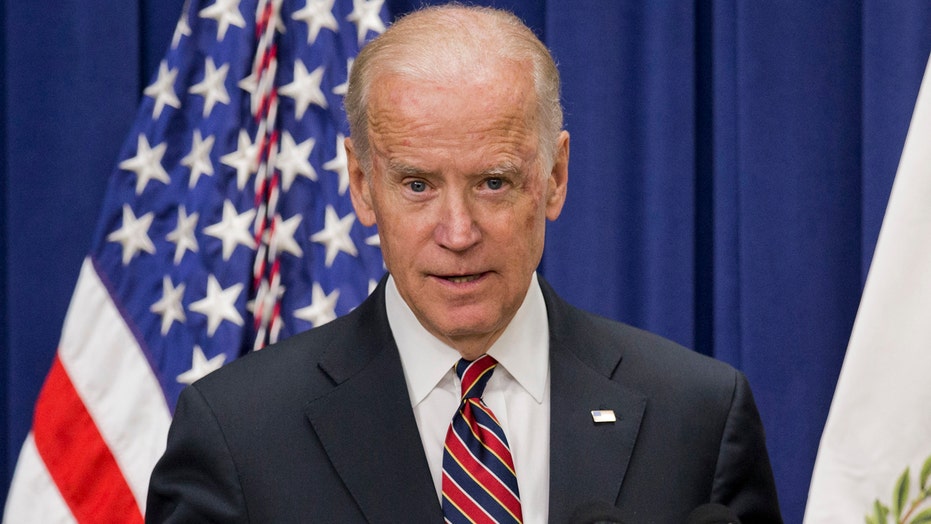 Athletes talk smack. It’s part of the game. A psyche job on opponents. Some of the best in all sports run their mouths as well as they run the court.

Prior to the three-point contest at the 1986 NBA All-Star Game, Larry Bird didn’t say a word during the shoot-around. He just stared at his competitors. Finally, the Boston Celtic opened up.

“I’m just looking to see who’s going to finish second,” Bird finally professed before shooting the lights out of the gym, winning the contest going away.

Muhammad Ali relentlessly taunted opponents with rhymes and parables before boxing matches, including his threat to George Foreman that he would “float like a butterfly and sting like a bee.”

Baseball legend Dizzy Dean may have been the original
sports trash-talker. “It ain’t braggin’ if you can back it up,” gloated the Hall of Fame pitcher.

But most political derision is muted. Calculated. Tailored for public-consumption in an effort to tilt the playing field and spin voters and journalists.

But despite the packaging, some silver-tongued pols chirp with rhetoric so inflammatory it would make Deion Sanders wince. And now, Democrats are doing most of the warbling.

Democrats are on the offensive because they can’t wait to start murmuring about Trump or Sen. Ted Cruz, R-Texas, if Republicans select either as their presidential nominee.

That’s not to say the GOP doesn’t have plenty of material on hand if Democrats give their presidential nod to either Hillary Clinton or Sen. Bernie Sanders, Vermont independent.

But Democrats view Trump and Cruz as ticking time bombs with whom they’d relish engaging on the national stage.

House Democrats huddled the past few days at their annual issues retreat in Baltimore. President Obama and Vice President Biden delivered keynote addresses. And they talked a little political trash.

“We may have been given a gift from the Lord in the presidential race,” said Biden in his remarks. “I don’t know who to root for more. Cruz, Bush or what’s that guy’s name?”

In his speech, Obama also stayed away from “what’s that guy’s name,” too. But it was clear who the president had in his sights.

“We’re not going to build progress with a bunch of phony tough talk and bluster and over-the-top claims that just play into ISIL’s hands,” he said, referring to the Islamic State terror group.

“We’re not going to strengthen our leadership around the world by allowing politicians to insult Muslims or pit groups of Americans against each other.”

He has the daunting job this election cycle as the House contests certainly favor Republicans. But Lujan didn’t hesitate to skewer Trump’s absence Thursday night at the Fox GOP presidential debate in Des Moines, Iowa.

“I had to watch two different television sets to be able to get the full debate,” Lujan quipped. “That’s a side show we’re seeing.”

“Paul Ryan is a lovely guy,” Biden chimed. “He gave us such a gift. He passed the Ryan budget.”

The Ryan budget, she said, “offers the clearest contrast. It’s something that Ryan is very proud of.

So he takes pride in that budget. We see a great contrast there in terms of how they want to diminish Social Security, ‘voucher-ize’ Medicare, block grant Medicaid … , give tax cuts to (the) high-end, cut education.”

What does all of this mean? Democrats, like Bird and Ali and Dean, are trying to climb into the heads of voters -- and Republicans.

And it also gins up Democrats and could get them to the polls.

This is psychological warfare.

But does it make much difference?

At the presidential level? Perhaps. In Senate races? Yes. Republicans now hold the majority in the Senate but must defend a challenging map.

Republicans have multiple, vulnerable senators facing reelection in swing states. But how about flipping the House?

“In ’06, nobody thought we would win. In ’10, people really didn’t think at this point that the Republicans would win,” Pelosi said. “We had a tide and they had a tide. And we can have a tide again. Some of it will depend who the presidential candidate is.”

Pelosi went on to add that she “didn’t know” whether Democrats could capture the House this fall. But she said she was “absolutely certain we’ll have it in three years.”

The number of special elections in an off-year like 2019 on which Democrats appear to be banks remains unclear. But that’s what Pelosi said. 2019.

And will there be a tide? Well, prep that with trash talk and egg on the other side. Then goad them. And sometimes in politics, it’s best to dampen expectations. Deliberately suppress a forecast. Feign skepticism.

At the same time, Democrats are doing more than trash talking. They are eyeing the water crisis in Flint, Mich., as a potential wedge.

Certainly, members of both parties are concerned about the catastrophe. But there’s an opportunity for Democrats. Flint is an economically-troubled town with a majority of African-American residents.

Sen. Debbie Stabenow, D-Mich., declared that “there is no doubt in my mind” that race played a part in addressing the city’s water issue.

Rep. Dan Kildee, D-Mich., speculated that it would not have taken “very long at all” to fix a problem with contaminated public water if had happened in a “wealthy part of Michigan” that was home to supporter for Republican Gov. Rick Snyder.

The GOP-led House Oversight Committee scheduled a hearing on the issue including officials from the Environmental Protection Agency and Flint’s former director of emergency services but not Snyder.

“Governor Snyder and his administration’s policies led to this man-made crisis and he must testify so that the whole truth can be found,” Kildee protested.

Rep. G.K. Butterfield, a North Carolina Democrat and chairman of the Congressional Black Caucus, dashed off a letter to the Oversight panel that demanded Snyder be summoned to testify.

“The governor has admitted harm, numerous missteps and seemingly has a blatant disregard for the care of the citizens of Flint,” he wrote. “Governor Snyder has been a central figure in the decision-making process that led to the water crisis and to that end should be invited to testify.”

Sen. Gary Peters, D-Mich., accused Snyder of tweaking the law to install an emergency manager instead of a mayor to save costs and operate Flint. Therefore, Peters thinks Snyder bares some responsibility.

“An elected mayor is going to listen to his or her citizens about this,” Peters said. “The city council … did not have power.”

Democrats are pushing to attach a $600 million amendment to an energy-modernization bill now moving through the Senate to fix contaminated pipes and provide health assistance to those in Flint exposed to the unsafe water.

But Senate Republican leaders aren’t ready to move yet. Senate Majority Whip John Cornyn, R-Texas, raised concerns about setting a precedent. He said the federal government could then be on the hook for other infrastructure problems across the country.

“We all have sympathy of what’s happened to Flint. But this is primarily a local and a state responsibility,” he said while acknowledging some people will likely exploit the issue for political purposes.

New York Democratic Sen. Chuck Schumer disagreed, saying, “This is as much a national crisis as a hurricane or a tornado or a flood.”

Of course, Democrats are daring Republicans to vote against Flint or not call Snyder to testify. They believe they can turn that against the GOP in an election year.

And that’s the ultimate form of political trash talking: speaking at the ballot box.

But as Dizzy Dean said, “It ain’t braggin’ if you can back it up.”