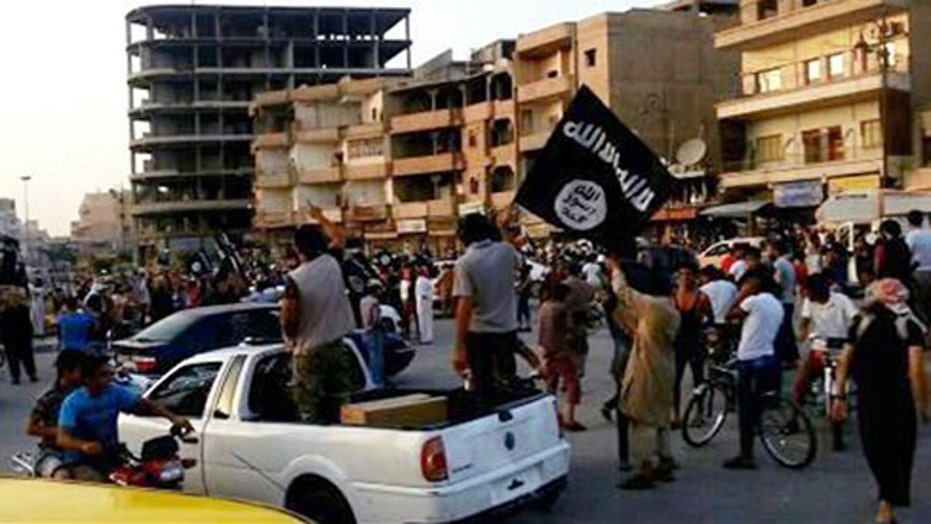 US involvement in Iraq's new war steps up

The U.S. is not close to launching a military assault against an Iraqi insurgent group, but "may get to that point" if the militants become a threat to the American homeland, the chairman of the Joint Chiefs of Staff said Thursday.

Gen. Martin Dempsey told Pentagon reporters that he does not, at this point, believe the U.S. needs to send in an "industrial strength" force with a mountain of supplies to bolster the Iraqi troops as they battle the fast-moving Islamic State of Iraq and the Levant (ISIL) insurgency. Instead he said the most urgent need still is a political solution centered on a more inclusive Iraqi government.

Offering his most extensive comments to date on the state of Iraq and the U.S. military's effort there, Dempsey said the U.S. is still assessing the situation there, and American troops are not involved in combat.

"This is not 2003. It's not 2006. This is a very different approach than we've taken in the past," Dempsey said. "Assessing, advising and enabling are very different roads than ... attacking, defeating and disrupting. We may get to that point, if our national interests drive us there, if ISIL becomes such a threat to the homeland that the president of the United States, with our advice, decides we have to take direct action.  I'm just suggesting to you we're not there yet."

Dempsey laid out a grim assessment of the Iraqi security forces, saying that while they are capable of defending Baghdad, they don't have the logistical ability to launch an offensive. The ISIL, meanwhile, has made significant and rapid advances but is now stretched in their ability to control the land it has taken, he said.

Defense Secretary Chuck Hagel, speaking at the same Pentagon news conference, announced that about 200 U.S. military advisers are now in country assessing the situation and they have opened a second joint operating center in the north in Irbil.

The additional advisers increase the U.S. presence in Iraq by a bit. The U.S. has more than 750 troops in Iraq, mainly providing security for the embassy and the airport, as well as assessing the Iraqi security forces.