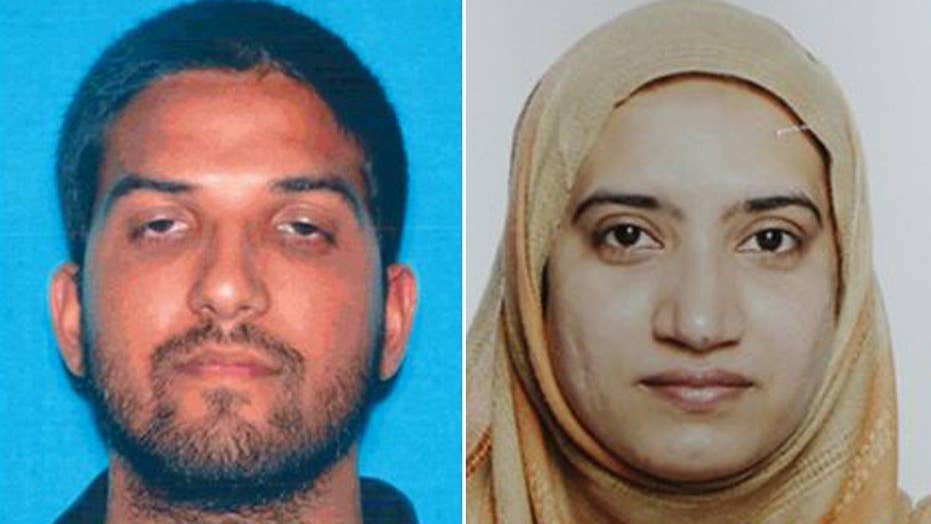 Is PC culture derailing 'see something, say something'?

“Voters and mothers are not going to tolerate this,” New York nurse and Democrat Carolyn McCarthy said in 1997 when she won a House seat on a single issue: gun violence.

Sen. Dianne Feinstein, D-Calif., had plans for an important bill.

“It will ban the sale, the transfer, the importation and possession” of assault weapons, Feinstein said of her measure on NBC. “And it will be the same for big clips, drums or strips of more than ten bullets.”

“Are there high ammunition clips that really have no value whatsoever when it comes to sporting, hunting and even self defense? That a person can buy body armor and can take that armor and use it to protect themselves while they kill innocent people?” asked the Illinois Democrat.

“Mass shootings  and gun violence are inflicting a daily tragedy,” House Minority Leader Nancy Pelosi, D-Calif., wrote in a letter to the speaker of the House.

“We need to set up a select committee looking at the proliferation of guns for safety,” pleaded Rep. Bonnie Watson Coleman, D-N.J.

In an impassioned floor speech, Connecticut Democratic Sen. Richard Blumenthal said: “The time for action is now on universal background checks, a ban on illegal trafficking and straw purchases, a prohibition on assault weapons and high capacity magazines. This kind of comprehensive package of reforms has been proposed. This body failed to adopt it. But that is no excuse for inaction now.”

Sen. Patrick Leahy, D-Vermont, declared: “Lives are at risk when responsible people fail to stand up for laws that will keep guns out of the hands of those who will use them to commit mass murder.”

“The time is now,” implored former Rep. Gabrielle Giffords, the Arizona Democrat shot in the head during a mass shooting in early 2011.

And yet the time has not been now.

McCarthy’s line about people not tolerating the mayhem came after the Columbine massacre in 1999.

The remarks of Feinstein and Durbin followed the horrific carnage in 2011 at Sandy Hook Elementary in Newtown, Conn. The statements of Blumenthal and Pelosi came this past October after carnage at Umpqua Community College in Oregon.

Watson Coleman made her request just after the Planned Parenthood shooting in Colorado Springs, CO and a day before the butchery in San Bernardino, CA. Finally, the words of Leahy and Giffords came at a Senate Judiciary Committee hearing on gun violence in 2013.

“Congress has no right to moments of silence for victims of gun violence unless lawmakers intend to take action,” Pelosi said.

The Pelosi and Schumer comments emerged midday Thursday, less than 24 hours after 14 people were fatally shot in a terror attack in San Bernardino, Calif.

That same Thursday afternoon, the Senate planned a final vote on a bill to repeal ObamaCare and defund Planned Parenthood.

President Obama threatened a veto. But Democrats pushing for gun safety viewed the measure as an opportunity: They would try to attach amendments on firearms to the bill. If they failed, Democrats would have at least required pro-Second Amendment senators to take positions on the amendments.

“A number of senators are dreading these votes,” Schumer proffered.

It’s unclear if Schumer was correct.

If so, that dread certainly didn’t manifest itself on a slate of firearm-related amendments Democrats tried to latch to the ObamaCare/Planned Parenthood measure.

In fact, senators blocked the amendments from even qualifying for consideration, though one pro-gun amendment did score a roll call vote.

There wasn’t much dread from Democrats when they voted against a proposal by Sen. Rand Paul, R-K.Y., to introduce reciprocity between states for residents who hold concealed carry permits. The amendment would also permit people to tote concealed weapons in the District of Columbia.

Meantime, the Senate never even technically considered the merits of amendments to the repeal ObamaCare/defund Planned Parenthood package.

Senators blocked an idea by Sen. Jeanne Shaheen, D-N.H., on mental health provisions, sidestepped a Feinstein plan to prohibit those on the terrorism watch list from buying guns or explosives and ducked an up/down vote on an amendment by Sen. Joe Manchin, D-W.V., to bolster background checks.

There was a unique, parliamentary issue with almost all of these amendments. The Senate Republican leadership engineered a debate and vote on the health care/Planned Parenthood measure using a special, once-a-year, filibuster-inoculated process called “budget reconciliation.”

Budget reconciliation entails a very elite set of rules that prohibits considering issues outside the scope of the bill at hand: ObamaCare and Planned Parenthood.

Thus, most of the gun-related amendments weren’t even germane to the bill, based on the Senate’s rigorous standards for this particular piece of legislation.

None of the gun amendments even got close.

America's founders partly stymied Democrats on this issue. They constructed Congress with a litany of impediments to make change a struggle. The founders feared the whim of the public. So those fighting for change are left pushing and pushing and pushing -- rarely even securing an actual vote, let alone passing legislation.

At the same time, gun-control advocates have also tried to dial up political pressure on some Republican lawmakers to change their views. But those efforts have made few dents in the gun rights citadel.

“The NRA is a powerful opponent,” Schumer conceded this week.

“When you ask such a question, you’re basically saying, ‘Why bother?’” said Sen. Barbara Boxer, D-Calif.  “That is not what leaders do. They don’t just hide because you may not win the vote. You keep doing it.”

Though mass casualty rampages are up, overall gun violence in the U.S. declined by half in the past quarter century. Violent crime is down for a variety of reasons, ranging from better police protection to a stronger economy. But the issue of finding the right political mix in Congress to slash mass shootings still eludes some lawmakers.

“It’s a society that has kind of bought into the Kool-Aid that the more guns there are, the better protected you are,” Feinstein said.

It remains to be seen if San Bernardino is a “tipping point.” It’s unknown if “votes and mothers” will continue to “tolerate this.” It’s unlikely the House of Representatives will empanel a select committee to study gun violence.

What is known is that promises come after every mass shooting -- with little change.

Boxer is right. These issues do consume decades to ripen. But what remains is a set of political and parliamentary mechanics that thwarts those who demand change and have been foiled at nearly every turn.

And they’re left with the echoes of promises from all of the previous mass shootings.