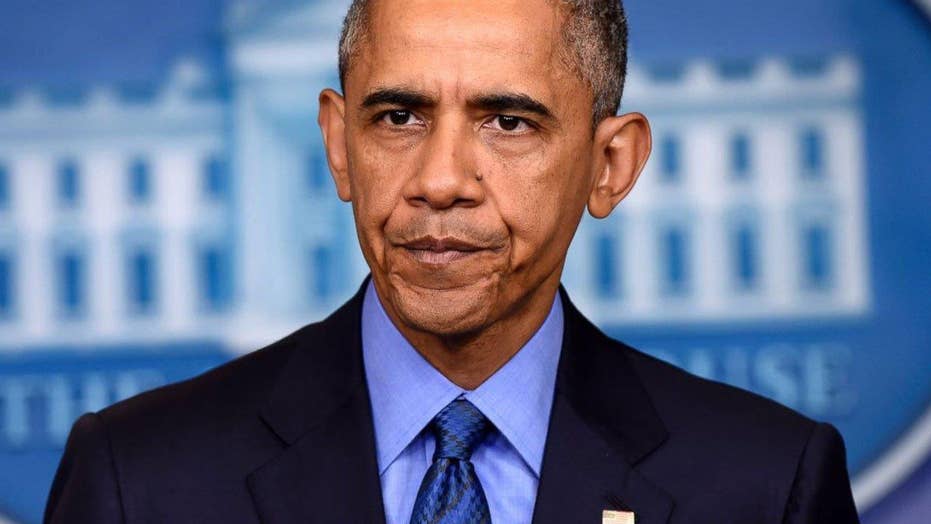 Democratic strategist Jessica Ehrlich sounds off on President Obama's claim that he could have won a third term.

President Obama claims he could have won a third term if he had been allowed to run – but even if he's right, his coattails haven’t done much for the rest of his party.

While Obama’s tireless campaigning, broad demographic appeal and message of “hope” and “change” helped propel him to two terms in the White House, his skills on the stump haven’t translated down the ballot.

The grand total: a net loss of 1,042 state and federal Democratic posts, including congressional and state legislative seats, governorships and the presidency.

The latter was perhaps the most profound example of Obama's popularity failing to translate to support for his allies. Hillary Clinton, who served as secretary of state under Obama, brought the first family out for numerous campaign appearances. In September, Obama declared that his “legacy’s on the ballot.”

OBAMA: I COULD HAVE WON THIRD TERM

But 1600 Pennsylvania Avenue wasn’t the only locale to see a big partisan change since Obama took office in January 2009, according to figures from Ballotpedia.

Democratic U.S. Senate seats fell from 55 to 46. Their share of the House plummeted from 256 seats to 194. Republicans still control both chambers going into the next session.

Democratic governerships also became a rarity during this eight-year period, slipping from 28 to 16.

The Obama years, which saw the rise of the Tea Party as well as a new movement form around Trump that is still being defined, coincided with a loss of 958 state legislative seats for Democrats.

Still, Obama said in an interview which aired Monday that, if he were allowed to run for a third term, he would have been victorious.

“I am confident in this vision because I’m confident that if I had run again and articulated it, I think I could’ve mobilized a majority of the American people to rally behind it,” Obama told ex-adviser David Axelrod for “The Axe Files” podcast.

While Obama and others note that Clinton still won the popular vote last month, and Democrats shaved down the Republican majority on Capitol Hill, others in the party have voiced concerns about where Democrats go from here.

“We’re not even a national party at this point,” Rep. Tim Ryan, D-Ohio, said last month as he made a failed run at the House minority leader position. “We have some support on the coasts, but we’ve lost the support of middle America, and we’ve got to make some changes. So I’m pulling the fire alarm here, because the house is on fire.”