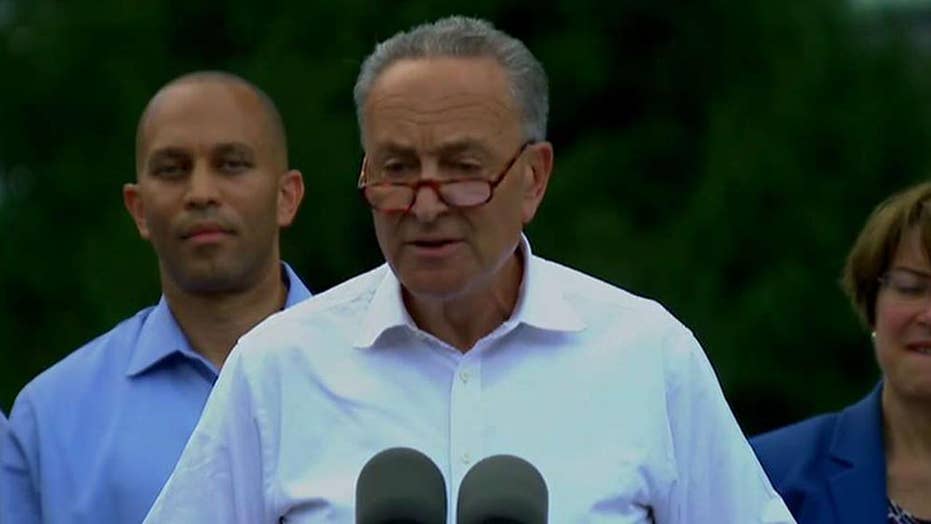 Paul Spencer is the kind of candidate that Democrats need if they hope to retake the House in 2018.

He's lived in Arkansas's 2nd District for 18 years. He dislikes big money in politics. In a congressional campaign ad, he touts how, "I'm a teacher and a farmer, and I know firsthand the struggles that so many of our working people face."

There’s just one problem: Spencer is pro-life. It’s a belief that has him hovering dangerously over a widening chasm in his party.

Last week, Democratic Congressional Campaign Committee Chairman Ben Ray Lujan provoked the ire of many progressives when he urged the Democrats to court pro-life candidates if they are to have any hope of retaking the 24 House seats they need for a majority.

"There is not a litmus test for Democratic candidates," Lujan told The Hill.

His plea met with an instant rebuke from progressives. Fourteen groups – from the National Abortion Rights Action League to Move-On Political Action to Emily's List to The Daily Kos – issued a Statement of Principles which read, in part: "policies that limit access to abortion and force medically unnecessary procedures are oppressive to women, especially low-income women and women of color."

"The problem is they have this ideological purity at the top where you can't oppose any abortion at any time along the continuum," says Marjorie Dannenfelser of the conservative Susan B Anthony List. "At the same time, a third of Democrats identity as pro-life according to Gallup."

Some say opposing all pro-life candidates will not help the Democrats.

HUCKABEE: DEMOCRATS HAVE BECOME THE PARTY OF PRO-ABORTION

"Their strategy is hurting the party," says Kristen Day of Democrats for Life of America. "Being told I don't belong in the Democratic Party. You can't be a Democrat if you’re pro-life, and I can't be pro-life cause I'm a Democrat."

Spencer, the House candidate, is trying to circumvent the divide.

"I’ve already informed the Democratic Party here in Little Rock that I don't want to receive any of their money," he said. "I welcome their support and their advice but I don't wish for their money. And the DCCC, in Washington, I've already had that discussion with them as well."

The Democratic Party, meanwhile, is trying to straddle the line. A new program, called "A Better Deal," avoids any mention of abortion rights.

And while House Minority Leader Nancy Pelosi appeared to welcome pro-life candidates in a May interview with the Washington Post, last week she retreated to a familiar position.

"I respect a woman's right to choose," she told reporters at her weekly press conference.

The rift may be widening. After Lujan's call to welcome pro-life candidates into the Democratic fold, actress and party activist, Rose O’Donnell tweeted: "Women should form their own party if Dems do this."