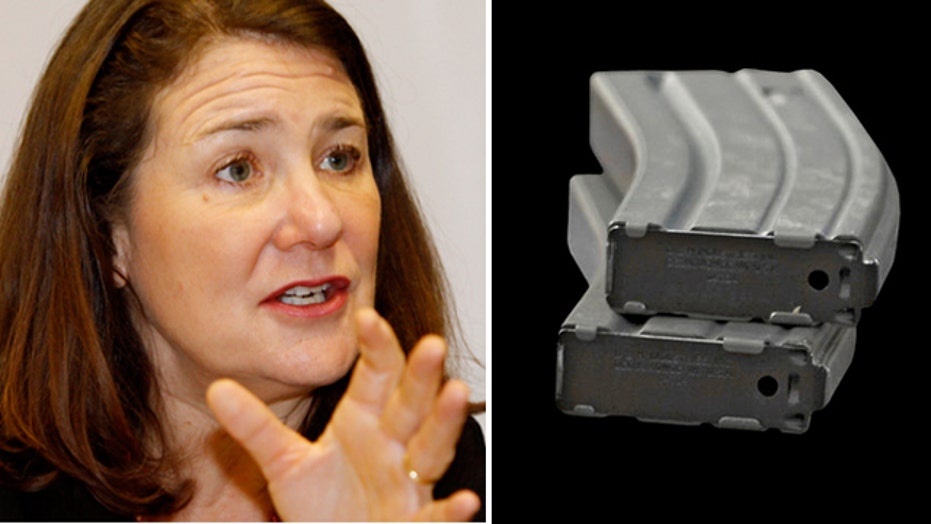 Democratic Rep. Diana DeGette is being ridiculed by gun-rights advocates after the ardent supporter of a high-capacity magazine ban appeared to flub the facts on what a magazine actually is.

Her widely noticed comments were made at a Denver Post forum earlier this week on the gun debate.

Questioned on what's to be done with the millions of high-capacity magazines already in circulation, DeGette asserted that they'd be discarded once they're used.

"I will tell you these are ammunition -- bullets -- so the people who have those now they are going to shoot them, and so if you ban -- if you ban them in the future, the number of these high capacity magazines is going to decrease dramatically over time because the bullets will have been shot and there won't be any more available," she said.

Magazines, however, are reusable as they can be filled with more bullets.

A spokeswoman issued a statement to the Denver Post, which had flagged the comment as inaccurate, explaining that the congresswoman who has worked on a high-capacity magazine ban for years "simply misspoke" -- "she should have referred to 'clips,' which cannot be reused because they don't have a feeding mechanism."

Yet, clips can also be reused -- and the questioner in this case asked specifically about high-capacity magazines, not clips.

The comment fueled long-running complaints by gun-rights groups that those lawmakers trying to regulate firearms do not fully understand the issue.

Colorado just passed a sweeping gun law, joined most recently by Connecticut which approved its package of regulations Wednesday.

DeGette is among the vocal advocates for gun control legislation at the national level, as Senate Democrats push for a vote on a bill later this month.