U.S. Senate hopeful Jacky Rosen, a Nevada Democrat, is looking to have it both ways -- slamming House Minority Leader Nancy Pelosi in English-language campaign ads while taking shots at President Trump in Spanish.

The Democrat’s political ads in English tout her bipartisan record in the House and portray her as a check on Pelosi, despite her voting with the top House Democrat 89 percent of the time in the 115th Congress.

“Jacky Rosen wrote legislation to improve veterans’ health care, and President Trump signed it into law,” a man in Rosen’s English ad says. “Rosen stood up to Nancy Pelosi to reform the VA.”

It adds: “Rosen gets things done because she works with both parties.”

But Rosen, who’s running to unseat incumbent Republican Sen. Dean Heller, has a radically different message in her Spanish-language ad that doesn’t mention Pelosi or bipartisanship and instead attacks Trump.

The ad shows fans of the Mexico national soccer team and a red card with the president’s face on it. The ad then declares that Rosen will stand up to Trump.

The stark difference between the ads was first reported by the Wall Street Journal. Rosen told the outlet that the ads targeted different communities that care about different issues.

“In different communities, you go in and you try to meet people where they are and talk to them about issues they care about the most,” she said.

Another Spanish ad produced by Rosen’s campaign shows her Republican opponent as a friend to Trump who supports the plan to build a wall on the southern border with Mexico.

“Trump orders and Heller obeys,” the ad says in Spanish. 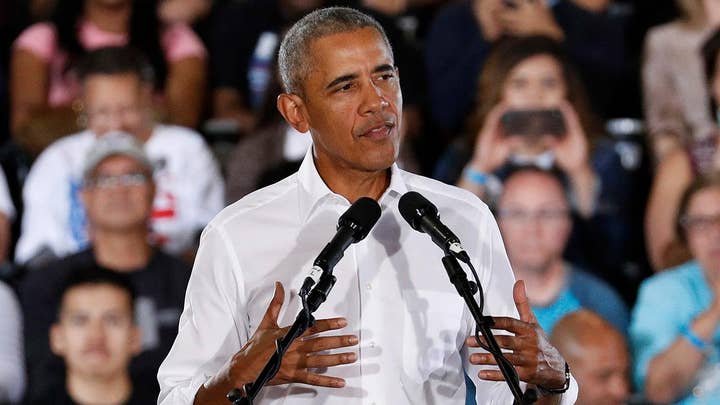 Rosen is in a dead-heat race to unseat Heller, who’s been consistently leading in the polls, though only by a small margin. The race is deemed a toss-up.

The race in Nevada is considered one of the key contests this election cycle, with Democrats doing their best to boost Rosen’s chances, considering Hillary Clinton won the state in 2016.