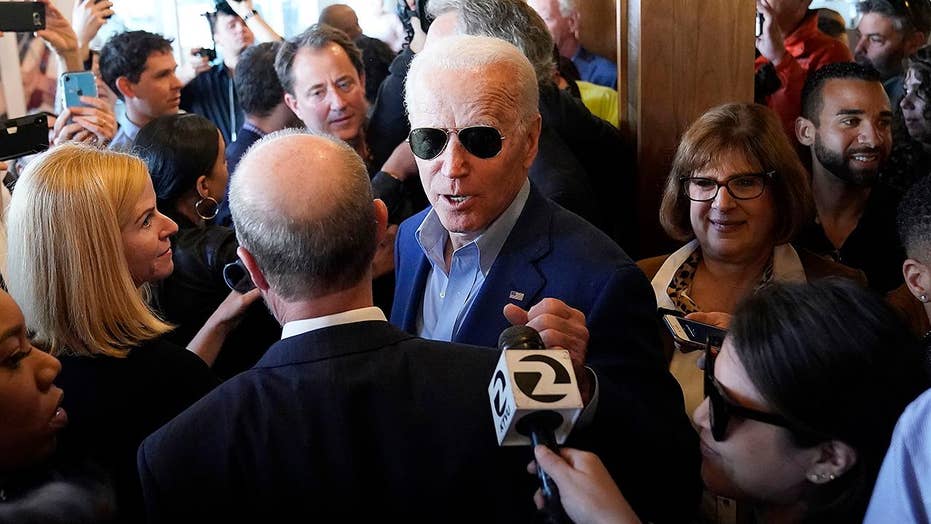 Biden: I think we’re going to do well on Super Tuesday

A confident Joe Biden predicts he’ll “win a number of states” as 14 primaries from coast to coast are being held on Super Tuesday, the single biggest day in the race for the Democratic presidential nomination.

The former vice president – riding a wave of momentum after crushing front-runner Sen. Bernie Sanders of Vermont and the rest of the Democratic field in Saturday’s South Carolina primary and nearly catching up to Sanders in the race for convention delegates – is aiming to stay close to the self-proclaimed democratic socialist on a day when one-third of all those delegates are up for grabs.

YOUR SUPER TUESDAY GUIDE: THE STATES AND THE STAKES

Whether an 11th-hour surge of support for Biden by the Democratic establishment will boost him toward that goal remains to be seen.

Biden’s goal is to firmly cement his status as the moderate alternative to Sanders. But that mission’s also shared by former New York City Mayor Mike Bloomberg, the multibillionaire business and media mogul who’s poured more than half a billion dollars of his own money into his campaign since announcing his candidacy in late November.

Bloomberg – who’s on the ballot for the first time Tuesday after skipping the four early voting states of Iowa, New Hampshire, Nevada and South Carolina in order to concentrate on the delegate-rich Super Tuesday states and beyond – on Tuesday told reporters that he has “no intention of dropping out.”

For Biden to stay competitive with Sanders in the delegate hunt, he needs to make sure he doesn’t get routed by the independent senator in California, which has 415 delegates up for grabs -- the biggest Super Tuesday prize. For over a year Sanders has poured resources into the Golden State, where progressives dominate Democratic Party politics. He was polling far ahead of Biden and the rest of the field in the final public opinion surveys.

The threshold Biden mentioned is 15 percent, which candidates have to reach at a statewide or congressional district level to win convention delegates.

One issue for Biden is that early voting in California started in early February, well before his surge the past couple of days.

“I know that a lot of folks have already voted, I get that,” Biden acknowledged. “But I still feel good. I think we’re gonna do fine.”

Biden's big win in South Carolina's feeding his campaign coffers. The former vice president - who struggled with fundraising since launching his bid last April, told reporters later on Tueday in East Los Angeeles that he's raised $15 the past three days.

Sen. Bernie Sanders and his wife Jane, surrounded by reporters, arrive to vote on Super Tuesday at a polling station in Burlington, Vermont on March 3, 2020

There was a similar restrained confidence from Sanders – who voted Tuesday morning in his hometown of Burlington, Vermont. The senator acknowledged to reporters that “today is obviously a very, very important day. And we look forward to doing well.”

Bloomberg: ‘Joe’s taking votes away from me’

Bloomberg, at a campaign stop Tuesday in Florida, stressed that “we're in it to win it” and pushed back at questions from reporters asking if he’d drop out, saying, “I don't understand why you would not ask other candidates that.” 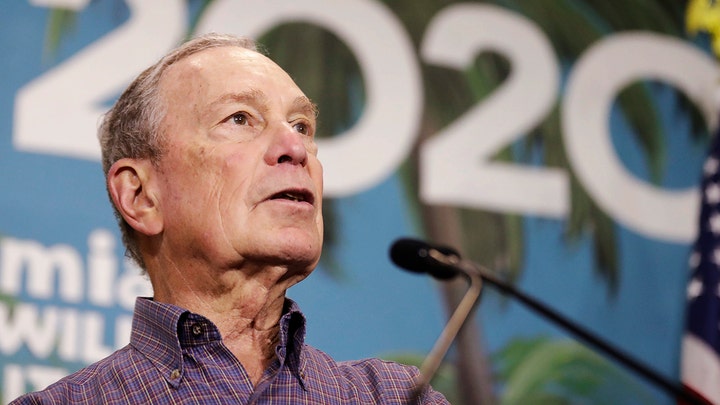 He also acknowledged that the possibility of a contested Democratic nominating convention in July in Milwaukee is his only pathway to becoming the party’s standard-bearer, saying, “I don't think I can win any other way.”

Fighting for survival amid the shrinking Democratic presidential field, the other remaining major Democratic candidate in the White House race – Sen. Elizabeth Warren of Massachusetts – took aim at Biden.

Speaking at a Super Tuesday eve event in Monterey Park, Calif., Warren characterized Biden – not her friend and fellow progressive champion Sanders -- as a risk to the Democratic Party and the country.

Warren --  who’s seen her fortunes for winning the nomination wane after poor finishes the past three weeks in the New Hampshire primary, the Nevada caucuses and Saturday’s primary in South Carolina -- stressed that “nominating someone who wants to restore the world before Donald Trump, when the status quo has been leaving more and more people behind for decades, is a big risk for our party and our country."

Warren has faced repeated questions since her distant fourth-place finish in her neighboring New Hampshire about the future of her White House bid. And she faces the possibility of losing her home state of Massachusetts – which votes on Tuesday – to Sanders, though speculation is widespread that she could be positioning herself as a potential running mate.

Democratic presidential candidate Sen. Elizabeth Warren, D-Mass., emerges from the booth with her ballot as she votes on Tuesday, March 3, 2020, in Cambridge, Mass. (AP Photo/Steven Senne)

After voting Tuesday morning in Cambridge, Mass., Warren was asked by reporters if it was "do or die" for her on Super Tuesday.

“I am not worried. I am happy to be part of this democratic process," she said. "Ten years ago I was a teacher. I was not part of this process other than as a voter. I spent my whole life studying working families, why working poor were being crushed."

There’s been plenty of speculation since Biden’s landslide victory Saturday in South Carolina on whether former President Barack Obama may come off the sidelines and endorse his former vice president in order to keep Sanders from winning the nomination.

But a source close to Obama’s inner circle who advises the former president says nothing’s changed when it comes to Obama staying neutral in the Democratic nomination battle.

“In order for Democrats to win, voters need to pick the nominee,” said the adviser who asked for anonymity to speak more freely.

“Thumbs on scale don’t work,” the adviser told Fox News. “For this exercise to work, voters need to pick the candidate.”

The adviser stressed that once there’s a nominee, the former president is "singularly positioned to help reunite the Democratic Party” and emphasized that if Obama weighed in now, it would compromise his ability to reunite the party after a nominee’s chosen.

The adviser added that Obama’s been in touch with all the candidates throughout the process, noting that the White House contenders have called the former president and not the other way around. The adviser explained that the one exception is that Obama calls the candidates directly after they drop out of the race.