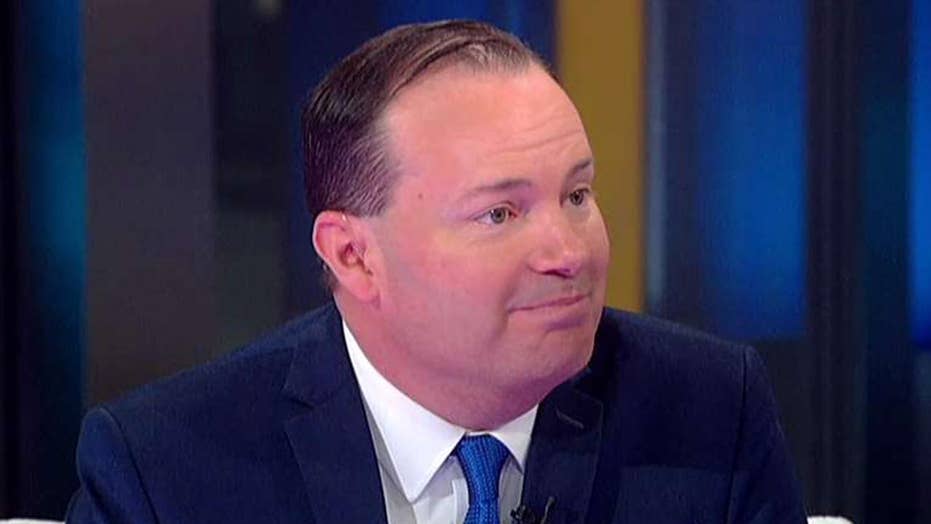 Sen. Mike Lee: The Mueller report landed with a thud and some people are still grieving

Republican Sen. Mike Lee sat down with 'Fox News Rundown' to discuss the Mueller Report and the impeachment question.

Speaking to the “Fox News Rundown” podcast, Lee said: “They will be perhaps intentionally delegitimizing President Trump's election, they'll be cheapening the process by bringing forward allegations that in my view are nowhere near worthy of impeachment charges and they'll be diverting all attention ... attention that could otherwise be devoted to something else.”

He said the impeachment call wouldn't benefit any Americans “except maybe... a small handful of people in the media. Primarily the media on the left, and a few politicians on the left.”

Some of the Democrats vying for the White House in 2020 have been clamoring for impeachment proceedings against Trump, but many of their congressional colleagues — who would have to manage such efforts — signaled they were far more wary. House Speaker Nancy Pelosi this week has urged rank-and-file Democrats to proceed with caution.

The split reflected tensions that could emerge in coming months between Democrats on Capitol Hill and those seeking the party’s presidential nomination.

Lee, who also spoke Tuesday morning on an appearance on “Fox and Friends,” said the push to impeach Trump could backfire as it did in the process involving then-President Bill Clinton in the ’90s.

“We can look back on the Clinton impeachment,” he said. “I said that was not the finest hour of either the Republican party or the republic itself. I don't think anyone really gained much by that, and I think we ought to learn from that today.”