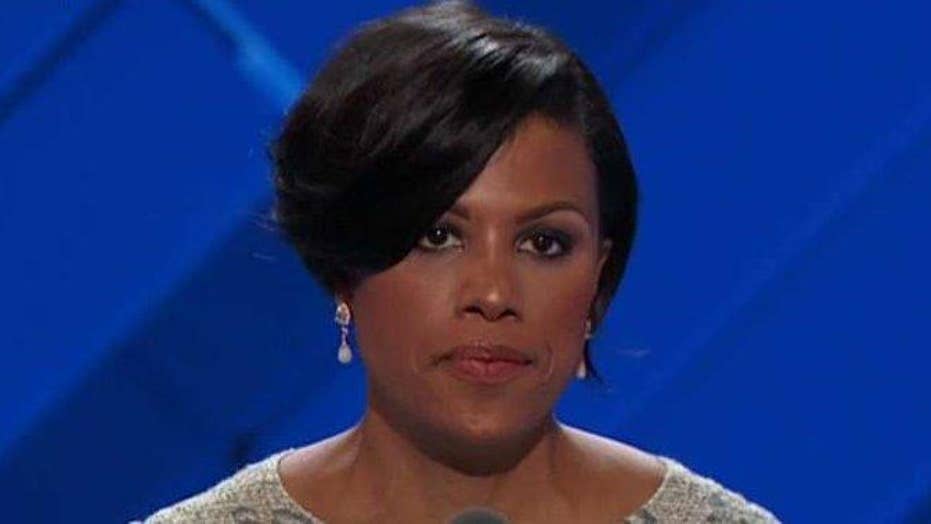 PHILADELPHIA – A remarkable scene unfolded Monday at the kickoff of the Democratic National Convention as Bernie Sanders supporters and other angry party members booed and jeered officials attempting to open proceedings – leading the presiding officer to scold delegates, “We are all Democrats, and we need to act like it.”

The opening made clear that the party is far from united, despite the new DNC leadership offering an official apology to Sanders and the party, just as the convention was getting underway, for what it called “the inexcusable remarks made over email” by top officials that seemed to show a bias against Sanders.

The statement from incoming party leader, Donna Brazile, and six other officials, offered a “deep and sincere apology” and said the emails, leaked by WikiLeaks, “do not reflect the values of the DNC or our steadfast commitment to neutrality during the nominating process.”

The written statement also said the party will not tolerate disrespectful language.

But despite outgoing DNC chairwoman Debbie Wasserman Shultz resigning in the wake of the scandal, apparent Sanders supporters caused a ruckus inside the convention hall, leading some speakers to plead with the crowd to unite behind Hillary Clinton.

As Rep. Marcia Fudge tried to preside, boos and chants broke out, particularly whenever Clinton’s name was mentioned.

As protesters held up signs with the letters “TPP” crossed out – a reference to the trade deal Clinton once supported and that Sanders fiercely opposes – Fudge said, “We are all Democrats, and we need to act like it.”

In a bid to ease tensions, some key backers of the Vermont senator were made late additions to Monday night's program.

Jealous praised the party platform and said, "Join us at the ballot box and we will elect Hillary Clinton as president of these United States."

Some frustrated Sanders fans continued to boo at the mention of Clinton's name.

Russell also tried to sell delegates on the compromise that's been reached on the future role of superdelegates in the nominating process.

And she stressed her support for Clinton.