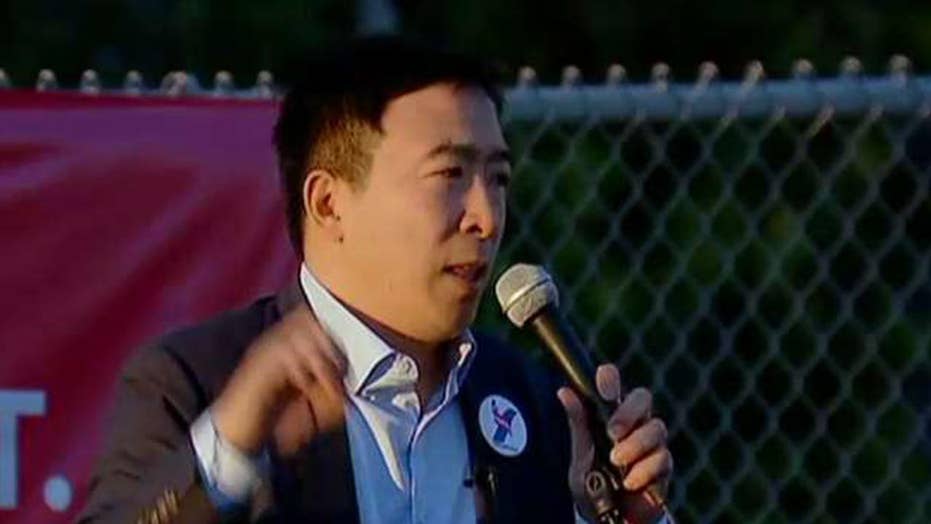 2020 candidate Andrew Yang proposes $1K per month for every American

Democratic 2020 candidate Andrew Yang said in an interview Wednesday that his “Freedom Dividend,” a proposal that would give $1,000 a month to Americans who are over 18 years old, will encourage citizens to work.

Yang told TMZ that the plan is necessary to help American workers whose jobs have become automized. When asked if giving the dividend would incentivize workers, he cited the “Alaska Permanent Fund,” which was established in 1976 and pays residents a dividend from the state’s mineral revenue.

“In Alaska it’s wildly popular, has created thousands of jobs, has improved children’s health and has not decreased work levels in the slightest,” the 44-year-old entrepreneur and investor said.

With the exception of new moms who spent more time with their kids and teenagers who graduated high school at a higher level, numbers showed that most people continued to worked at the same level as they did without the dividend, Yang told TMZ.

“Most people want to work and a little bit of money won’t make a difference,” he said.

The “Freedom Dividend” would cost $1.8 trillion dollars a year, and planned to fund it with a value added tax that would get the American people “a slice of” all Amazon transactions, Google searches and robot truck miles, Yang previously told MSNBC.

Yang's presidential candidacy has recieved the support of some white nationalists, who believe he is "concerned with halting the decline of the white race," the Verge reported. Yang has rejected their support.