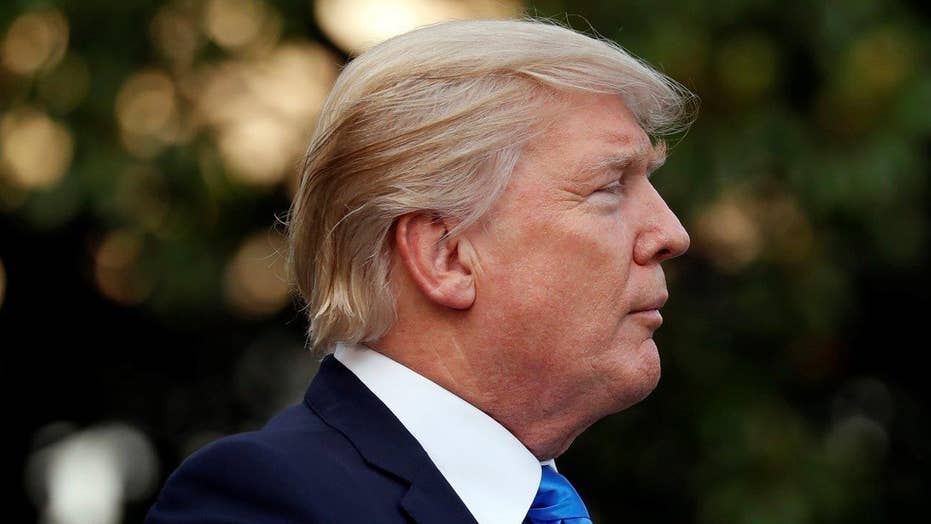 Ten Republican states are threatening to file a lawsuit because they think the law is unconstitutional since it was created by an Obama executive order; Peter Doocy has the story for 'Special Report'

Some congressional Democrats are deflated after a visit from Homeland Security Secretary John Kelly this week.

Kelly met privately with members of the Congressional Hispanic Caucus, to alert them that the Trump Administration may stand by and let legal challenges defeat the Deferred Action for Childhood Arrivals, or DACA, program that permits people brought to the states illegally as children stay on temporary visas.

Since March, 770,477 people had been granted temporary status through DACA waivers.

“I was encouraged that Secretary Kelly said he personally supports the DACA policy,” Rep. Joaquin Castro (D-TX) told Fox News. “But, you know, also discouraged that he couldn’t say the administration would defend it or not.”

The program would need to be defended in court if the Trump administration doesn’t rescind it fully by September 5. That’s because officials in 10 states are threatening to file suit challenging the constitutionality of DACA, which was created by an executive order signed by President Obama.

Some Republicans say they look forward to the litigation.

“Hats off to the state Attorneys General that have brought this,” Rep Steve King (R-IA) told FOX News.

But ire across the aisle is now directed at Secretary Kelly.

Rep. Luis Gutierrez (D-Ill.) slammed Kelly as the most “unknowledgable member of the cabinet that I’ve ever met in my 25 years here,” and accused Kelly of “trying to make a fool out of us by trying to say, ‘oh it’s the courts’.”

The sentiment doesn’t quite square with Kelly’s own public appearances on Capitol Hill this summer.

A month ago, he told lawmakers that to make temporary status permanent for young people brought here illegally, they should turn President Obama’s executive order into legislation.

“I’m not going to let you off the hook,” Kelly told Congress.  “You’ve got to solve this problem.”

Kelly’s boss, President Donald Trump, told reporters aboard Air Force One this week that he doesn’t know what will happen with DACA.