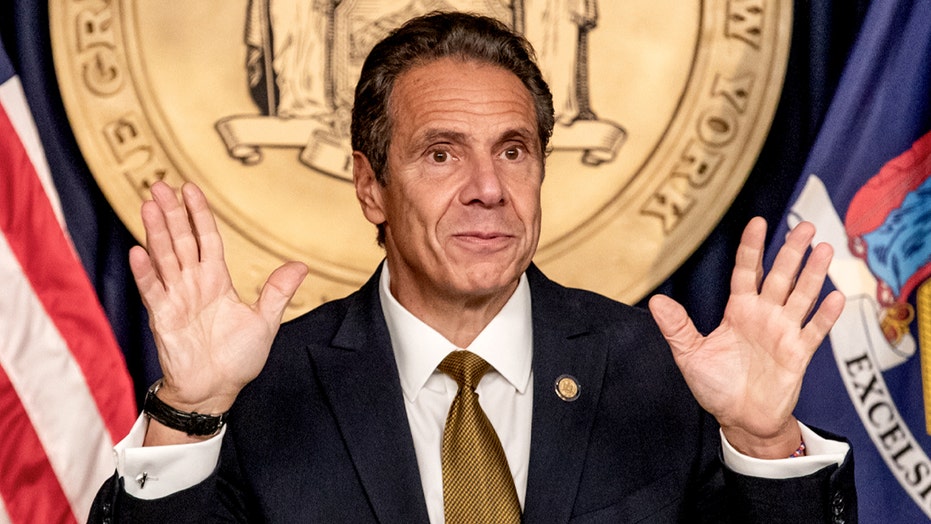 New York Gov. Andrew Cuomo was reportedly involved in the writing of a letter his inner circle passed around to former staffers aimed at tarnishing Lindsey Boylan’s credibility after she accused the governor of sexual harassment and repeated unwanted advances, according to a new report.

The letter, according to the New York Times, suggested that Boylan’s accusations were "premeditated" and "politically motivated." It reportedly revealed personnel complaints filed against her and attempted to link her to supporters of former President Donald Trump.

WHAT IS RETALIATION IN THE WORKPLACE? CUOMO ALLEGATIONS RAISE LEGAL QUESTIONS

"Weaponizing a claim of sexual harassment for personal political gain or to achieve notoriety cannot be tolerated," the letter concluded. "False claims demean the veracity of credible claims."

The initial idea, three sources told the Times, was to have former Cuomo aides, particularly women, sign the letter before releasing it more publicly. One of those sources said Cuomo was directly involved with the letter itself.

Current aides emailed a draft of the letter to former advisers, before it was circulated more widely to current and former top aides of the governor. The letter was never publicly released.

Boylan, 36, a former aide to Cuomo, was the first of more than a half dozen accusers to go public, writing an essay on the website Medium last month in which she quoted Cuomo as saying to her, "Let’s play strip poker," and kissing her without consent. Boylan is running as a candidate to be borough president of Manhattan in New York City.

"Once again, a victim of sexual harassment who has the courage to tell her story is put in the position of not only having to relive the trauma of a toxic work environment but defend herself against the malicious leaking of supposed personnel files, character assassinations and a whisper campaign of retaliation," Basinger told the Times. "This page needs to be ripped out of the governor’s harassment handbook."

Senior Cuomo adviser Rich Azzopardi told the newspaper that the administration had no comment on the letter, noting the ongoing investigations into allegations against the governor.

Boylan, meanwhile, is far from the governor’s only headache.

Charlotte Bennett, 25, alleged that Cuomo sexually harassed her during an encounter in his office last June. The governor allegedly asked Bennett questions about her sex life, including whether she had ever been with an older man.

Among other accusers is Karen Hinton, a former press aide to Cuomo, described being invited into Cuomo’s hotel room in 2000, when the Democrat was Bill Clinton’s secretary of Housing and Urban Development. Cuomo embraced her but she pulled away and left, she told The Washington Post.

Ana Liss, another former aide to Cuomo, claimed the governor touched her inappropriately and kissed her hand, and asked questions about her private life. The governor made her feel like "just a skirt," she told The Wall Street Journal.

Another woman, whose name has not yet been publicly released, accused the governor of reaching under her shirt and groping her after he got her alone in the governor’s mansion.

The state attorney general has opened an independent investigation into the governor’s behavior and state lawmakers have opened an impeachment investigation. A growing sea of New York Democrats, including Sen. Majority Leader Chuck Schumer, Kristen Gillibrand and Alexandria Ocasio-Cortez have called on their governor to resign, but Cuomo has resisted, arguing that to do so would be "actually anti-democratic." Cuomo has urged the public to withhold judgment until the findings of the AG investigation are revealed.