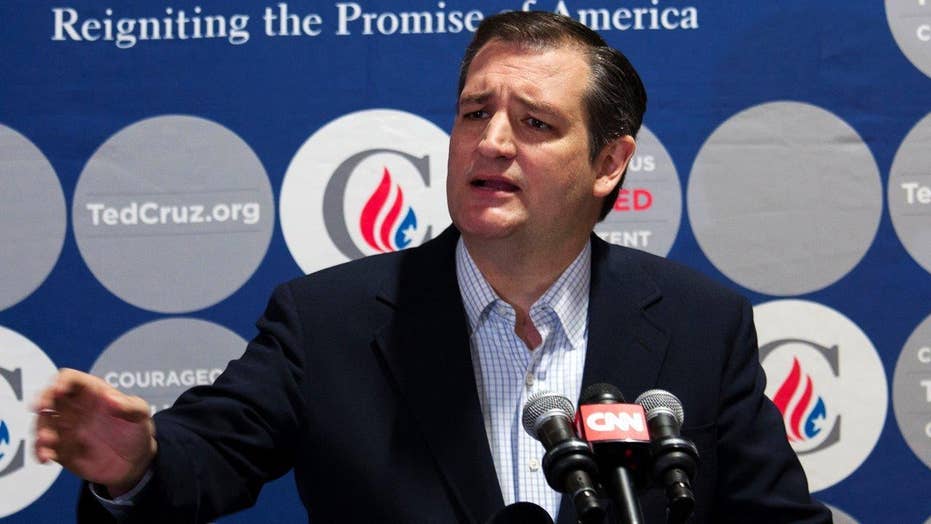 Cruz addressed the salacious report in the National Enquirer at an event in Oshkosh, Wis., calling the claims “garbage” and “complete and utter lies.” He also placed the blame around the neck of front-runner Trump.

“It is a tabloid smear and it is a smear that has come from Donald Trump and his henchmen,” Cruz said, claiming the only on-the-record source for the story is Roger Stone – who formerly served on the Trump campaign as an adviser.

“I have no idea whether or not the cover story about Ted Cruz in this week's issue of the National Enquirer is true or not, but I had absolutely nothing to do with it, did not know about it, and have not, as yet, read it,” he said, adding he does not surround himself with “political hacks and henchman and then pretend total innocence.”

He said: “Ted Cruz's problem with the National Enquirer is his and his alone, and while they were right about O.J. Simpson, John Edwards, and many others, I certainly hope they are not right about Lyin' Ted Cruz.”

Now Lyin' Ted is even lyin' about me. Not a single MSM outlet who hasn't been investigating #CruzSexScandal

The article in the Enquirer cites sources saying the Texas senator is facing allegations he had at least five affairs, including with a political consultant and a “high-placed D.C. attorney.”

The Internet has been abuzz with speculation as to the identities of the alleged mistresses and #CruzSexScandal was trending on Twitter on Friday.

The latest campaign trail eruption caps a week of fighting between the two candidates over attacks on their wives.

On Thursday, Cruz called Trump a “sniveling coward” after Trump retweeted an image late Wednesday that showed a picture of Trump’s wife Melania alongside an unflattering image of Cruz’s wife Heidi, with the caption “a picture is worth a thousand words.”

The spat began when Trump objected earlier this week to a Facebook ad that showed Melania posing nude with the caption: “Meet Melania Trump, your next first lady. Or you could vote for Ted Cruz on Tuesday.”

Though the ad makers are not affiliated with Cruz, Trump tweeted that Cruz should “be careful” or he would “spill the beans on your wife.”