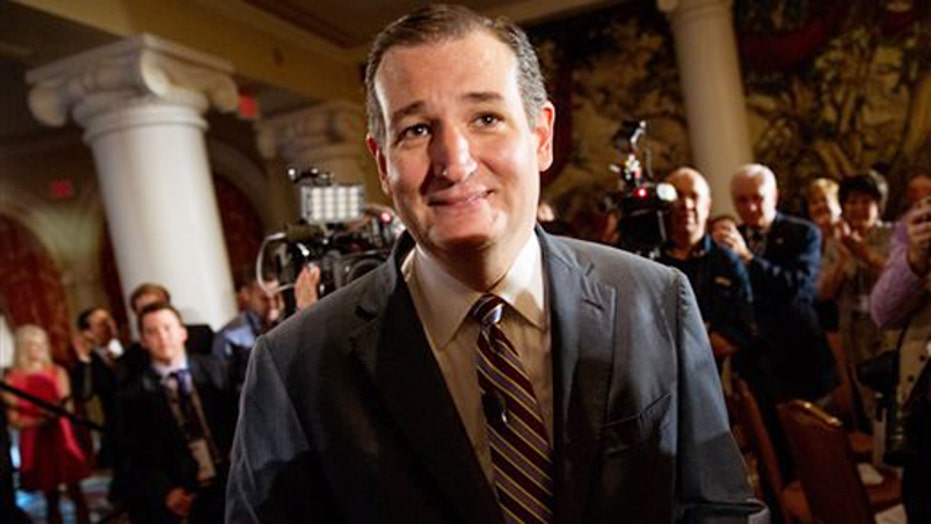 The book, “A Time for Truth,” will be seventh on the Times’ nonfiction list that comes out on Friday, newspaper spokeswoman Eileen Murphy confirmed.

Cruz’ book was published on June 30 and sold 11,854 copies in its first week, according to Nielsen book sales data. To the surprise of many, though, the book was not recognized by the Times list -- despite it selling more copies than 18 of the 20 titles on the list that week. Comedian Aziz Ansari’s book, “Modern Romance,” came in second that week and sold fewer than 10,000 copies.

The Times, though, defended the omission, claiming they saw evidence of "bulk purchases" and suggesting the system was being manipulated. The Cruz campaign blasted the explanation.

With the book now set to appear on the list, Cruz told Fox News he thinks public pressure led to the decision.

“They don’t want people to read the book, ‘A Time for Truth;’ they left it off and then an amazing thing happened. Number one, they accused me of bulk sales. I said that is a lie. ... Then my publisher Harper-Collins came out and said that is a lie. We have all the sales data. There are no bulk purchases,” the Republican senator told Fox News' Megyn Kelly on Wednesday.

Barnes & Noble and Amazon also said they found no evidence of bulk sales.

Cruz said he's glad the book is being listed but added, “It seems to me there are a lot of conservative authors the New York Times discriminates against.”

Cruz called for the paper to conduct an internal investigation on bias “against authors that they may have different political views from.”

The Times, though, has said the notion they would "manipulate" the list to "exclude books for political reasons is simply ludicrous." Last week’s list did feature conservative authors like Ann Coulter, for “Adios America!”

As for why the book is now appearing on the list and did not before, the Times insists nothing has changed in their criteria.

“This week’s best seller list was arrived at using the same process as last week’s – and the week before that,” said Murphy. “That process involves a careful analysis of data, and is not influenced in any way by the content of a book, or by pressure from publishers or book sellers.”