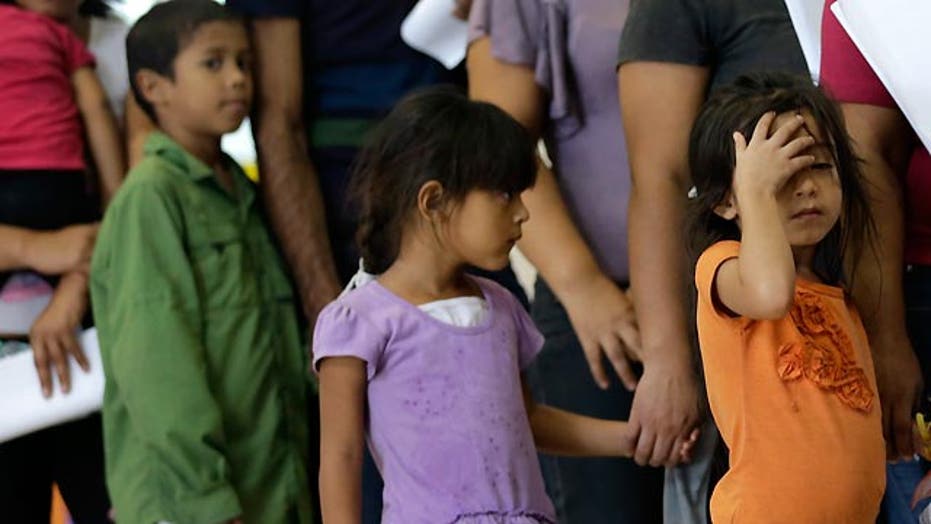 What was a crisis on America's southern border is now turning into a major challenge for school administrators across the country.

Tens of thousands of unaccompanied minors have crossed into the U.S. in recent months, and those not being held in health department-run facilities have in many cases been sent to live with sponsors, who are typically extended family members. As the new school year begins, the children, who in many cases don't speak English and have limited reading skills, are showing up for class.

This has raised questions in local districts about the strain it could put on teachers.

"They may have only gone to 2nd or 3rd grade, have limited literacy in their first language. That does create a different kind of teaching impact on a school than our traditional immigrant families," Anne Arundel County, Md., administrator Kelly Reider told Fox affiliate WBFF.

Other officials, including the mayor of Lynn, Mass., have traveled to Washington seeking answers from the Obama administration.

"I love the fact that Lynn is a diverse community," Mayor Judith Flanagan Kennedy said. "By speaking out about this, I have been called a racist, I have been called a hater. That is not the case. I'm simply looking at this from the point of view of the economic impact it has had on my city."

Her community in Essex County has recently taken in 204 of the unaccompanied children, many of whom presumably would be entering school.

New York's Nassau County, on Long Island, has taken in 1,096 of these children.

And the Houston-area Harris County in Texas has received 2,866, according to numbers provided by the Department of Health and Human Services.

Louisiana Gov. Bobby Jindal has complained that Obama Cabinet members promised to keep state officials in the loop, yet he says Louisiana received no warning of the influx.

Republican lawmakers on Capitol Hill claim the administration has gotten lax when it comes to even verifying the backgrounds of young illegal immigrants trying to stay.

"I really think that 95 percent of these illegal minors are in the country to stay. The administration is not serious about sending them back home to their families they left behind," Texas Republican Rep. Lamar Smith told Fox News. "They're going to be enrolled in our schools, that's for certainty, and that's going to be an additional strain on the resources there."

He alleged the administration "is not double-checking to make sure that what we're being told is accurate."

The lawmakers say immigration officials are not verifying documentation that is presented to them as part of the Deferred Action for Childhood Arrivals program (or DACA), which gives a reprieve to some young illegal immigrants who came to the U.S. as children and generally applies to those who were already in the country.

They said the administration effectively has made it optional for officials to verify certain information given by applicants.

President Obama, though, told reporters the numbers right now at the border are trending in the right direction. "The number of apprehensions in August are down from July, and they're actually lower than they were August of last year. Apprehensions in July were half of what they were in June," Obama said.

But Smith says the problem hasn't been solved, and he expects more surges at the border.

"There is a downturn with all categories of illegal immigrants in the summer. It's the hottest month, it's probably the most dangerous time to cross hundreds of miles of desert, and so this is not unusual," Smith said. "I do think there will be an uptick again."