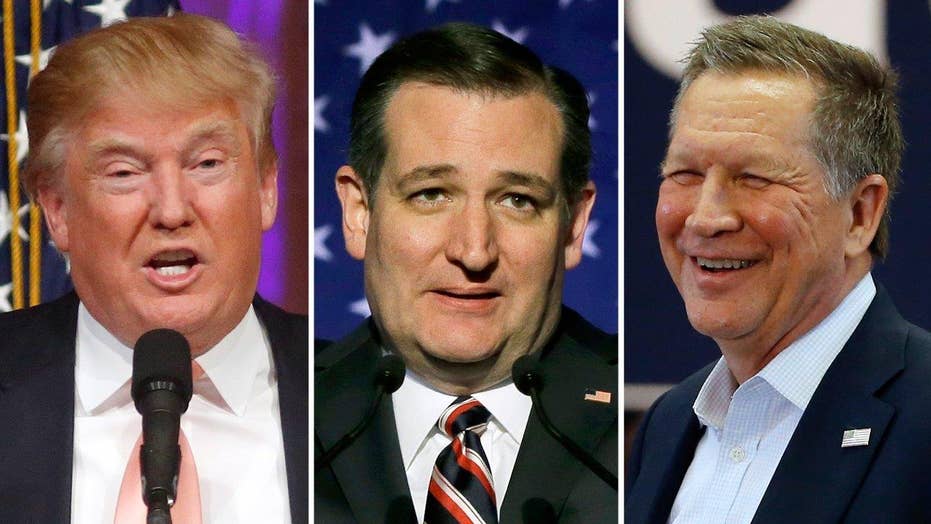 The rising talk of an open Republican convention this summer has focused attention on an otherwise obscure group of party insiders, who hold the power to set convention rules – and, in doing so, remove or put up roadblocks to Donald Trump and other candidates.

At the center of the debate are rules modified in 2012 by the influential convention rules committee at the urging of presumptive winner Mitt Romney to secure him the nomination and assure he wouldn’t face a dark horse challenge if, as president, he ran for re-election.

But now, the tables have turned.

Rules meant to put the establishment favorite on a glide path in 2012 could end up helping one of the biggest outsiders in party history, Donald Trump. And it all comes down to the convention rules committee.

Here’s the rub: One of those Romney rule changes -- number 40 (b) in the RNC rule book -- says a candidate must have the support of a majority of sitting delegates in eight states to get on the convention ballot. This was higher than the previous five-state threshold. At the time, according to a party source, the change was meant to thwart then-candidate Ron Paul, who was on track to get a majority of delegates in four states and maybe more at the convention.

But in 2016, the only candidate who has crossed that threshold so far is Trump.

Texas Sen. Ted Cruz is only halfway there, having met that test in four states. And Ohio Gov. John Kasich, who has started to win over big-name establishment support, is way behind – having only won his home state of Ohio.

Back-room plots to thwart Trump in an open convention by pushing an alternative candidate, then, could run headlong into the eight-state rule -- unless it is changed.

“The rules certainly didn’t work as the establishment people had intended,” said longtime conservative activist Morton Blackwell, a member of both the standing RNC committee on rules and the convention rules committee since 1988.

Noting “there is considerable talk that the rules should be changed,” he said, “It’s the establishment people in a panic now.”

The situation only heightens the attention on the convention rules committee itself, which sets the rules and whose new roster will be named in the coming months before the convention in Cleveland.

The committee would be positioned to change the rules if it wants, perhaps to boost a non-Trump bid. But if they tried, the campaigns surely would look to apply pressure to its members and seek out allies.

Blackwell, for one, is a Cruz supporter and insists the Texas senator also will meet the eight-state threshold before July. But he argues that any attempt to change the rules in order to boost some other non-Trump, non-Cruz candidate -- like Kasich -- would cause a huge backlash.

“Imagine what Trump or Cruz would say if the establishment changed the rules to enable someone other than Trump or Cruz to get the nomination? It would unleash an enormous battle,” said Blackwell, who has attended every convention committee meeting since 1972 and now runs the Leadership Institute in Arlington, Va. “It would be a matter of changing the rules in the middle of the game and it would be horribly ugly.”

Changing the rule now to lower or eliminate the threshold could be interpreted as a last-ditch effort to get the establishment back in the game.

Trump went so far this past week as to predict there could be “riots” if he doesn’t snag the nomination at the convention, drawing a rebuke from House Speaker Paul Ryan – who also said an open convention is becoming more likely.

All this means party leaders, delegates and campaigns are going to have to dig deeper into the granular workings of the convention process, something Ryan admitted earlier this week he’ll have to do himself.

As might be expected, the process for changing rules is complicated, Blackwell said.

Every state and territory has three representatives to the RNC. They vote to send one of them to the standing committee on rules, which oversees the body of rules governing the RNC each year.

At this point, the convention panel has authority to alter the recommendations before sending the entire package to the full convention for an up-or-down floor vote. The only way the national convention can change the rules at that point is if a minority report comes out of the convention rules committee, Blackwell said.

While Trump is eager to lock down the nomination with the requisite 1,237 delegates before the convention, Kasich has been fairly up-front about his goal of trying to hold Trump below that number to keep the convention open.

But Kasich downplayed the impact of the eight-state rule when asked about it Friday.

“Is that our rule?” Kasich said, claiming he hasn’t looked at changing the rules in his favor.

As for Romney, the 2012 GOP nominee who adamantly opposes Trump announced Friday that he plans to vote for Cruz and encourages others to do so, saying on Facebook: “At this stage, the only way we can reach an open convention is for Senator Cruz to be successful in as many of the remaining nominating elections as possible.”

Trump, on Twitter, called Romney a “mixed up man who doesn't have a clue.”