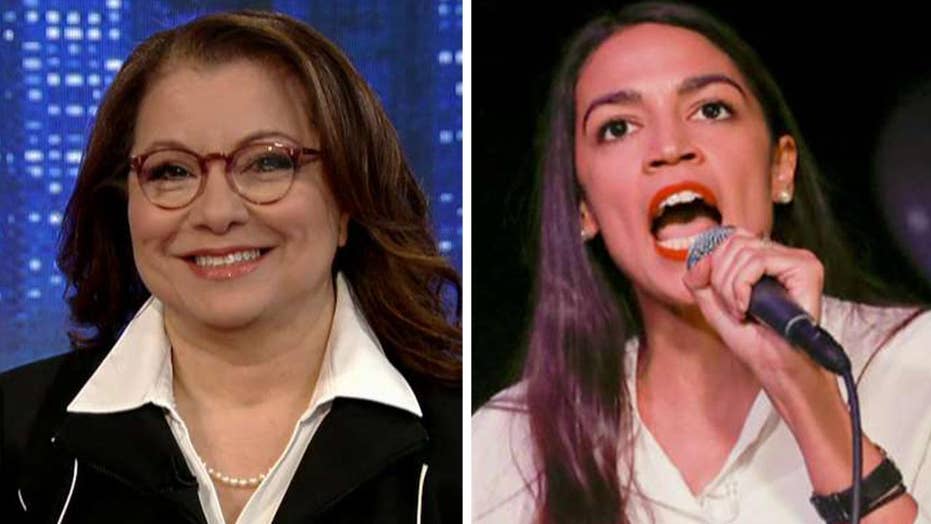 The freshman congresswoman’s approval rating has dwindled since her election win in November thanks to numerous controversies and a firebrand style that tends to turn off many voters, sparking efforts by both Democrats and Republicans to oust the card-carrying Democratic socialist.

In New York City, Ocasio-Cortez’s favorability rating took a dive after she led an effort to block a deal that would have brought thousands of Amazon jobs to the borough of Queens. Her use of misleading information painted the plan as a massive government giveaway, even though it would have generated billions in tax revenue and 25,000 jobs.

Lewandowski has apparently agreed to serve as an unofficial adviser to Ruth Papazian, a medical journalist, and her campaign to unseat Ocasio-Cortez, New York magazine reported.

Lewandowski was instrumental in helping get then-GOP candidate Donald Trump’s 2016 bid off the ground and into the mainstream -- even as polls and critics deemed his candidacy unlikely.

Papazian told Fox News that her bid to run for Congress against Ocasio-Cortez partly stems from the fiasco over the Amazon deal.

“She parachuted into a congressional district she doesn’t even represent and led the parade of grandstanding politicians to tank the deal,” Papazian said. “Instead of fighting to keep Amazon out of Queens, she should have been fighting to bring Amazon to the Bronx.”

“She parachuted into a congressional district she doesn’t even represent and led the parade of grandstanding politicians to tank the deal. Instead of fighting to keep Amazon out of Queens, she should have been fighting to bring Amazon to the Bronx.”

That appears to be an issue that could resonate with voters in the district, as 58 percent of the residents there said they actually supported the Amazon deal, according to a Siena College poll.

At the same time, many residents remain supportive of their representative, with the poll finding Ocasio-Cortez has a 52 percent favorability rating among her district's voters and that 48 percent of all voters would vote to re-elect her in 2020.

More importantly, a Republican is likely to struggle in the district as it has historically voted overwhelmingly for Democrats, with the majority of politically active residents being registered Democrats.