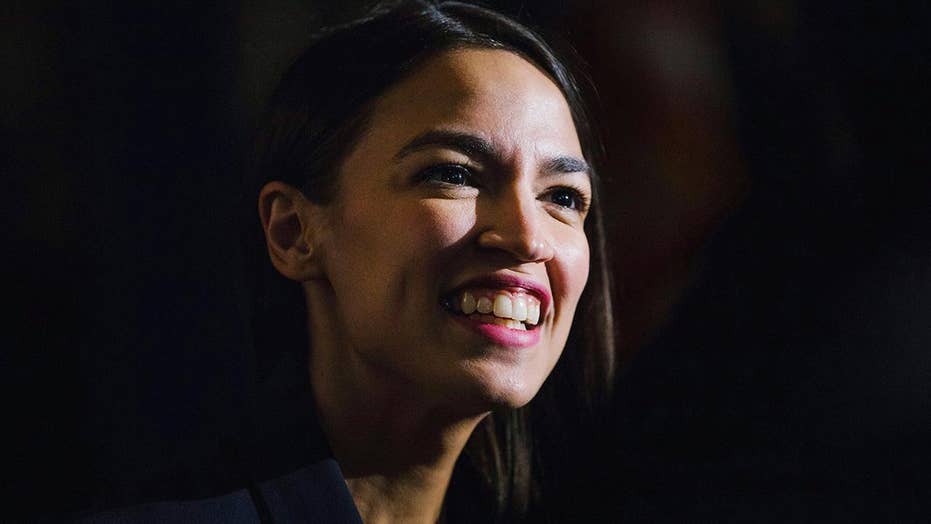 U.S. Rep. Alexandria Ocasio-Cortez, D-N.Y., continues to ignite outrage while defending freshman colleague Rep. Ilhan Omar, this time by using a poem about the Holocaust to defend the Minnesota Democrat.

Omar most recently stirred up controversy when remarks she made last month, referring to the 9/11 terrorist attacks as “some people did something,” surfaced this week.

“Members of Congress have a duty to respond to the President’s explicit attack today,” Ocasio-Cortez tweeted Friday. “@IlhanMN’s life is in danger. For our colleagues to be silent is to be complicit in the outright, dangerous targeting of a member of Congress. We must speak out.”

She also shared an image of the words of "First they came ... ," the famous poem by German theologian Martin Niemöller that was inspired by the tragedies of the Holocaust. (The words are mounted on a wall at the U.S. Holocaust Memorial Museum in Washington.)

“First they came for the socialists, and I did not speak out—
Because I was not a socialist.

"Then they came for the Jews, and I did not speak out—
Because I was not a Jew.

"Then they came for me—and there was no one left to speak for me.”

Ocasio-Cortez's tweet sparked major backlash, with critics accusing her of trivializing the Holocaust and slamming her for doing so in defense of Omar, who has repeatedly fought off claims of anti-Semitism.

"There's something deeply disturbing about AOC making Holocaust references to defend an open and unrepentant anti-Semite who is merely being criticized," wrote Ben Shapiro, the conservative author and commentator.

"This is just a shameful attempt to chill speech," wrote David Harasanyi, a senior editor at the Federalist. "It belittles both the real victims of 9/11 and the Holocaust."

"No, @aoc, you do not get to diminish the murder of almost half my family by comparing it to criticism of your antisemitic colleague. You should be ashamed for trying," wrote a Twitter user identified only as @AG_Conservative.

Ocasio-Cortez landed in hot water earlier this week while attacking U.S. Rep. Dan Crenshaw, R-Texas, a Navy veteran who served in Afghanistan, for his criticism of Omar, telling him he should “go do something” about domestic terrorism. She has also referred to criticism against Omar as “incitement of violence” against women of color.