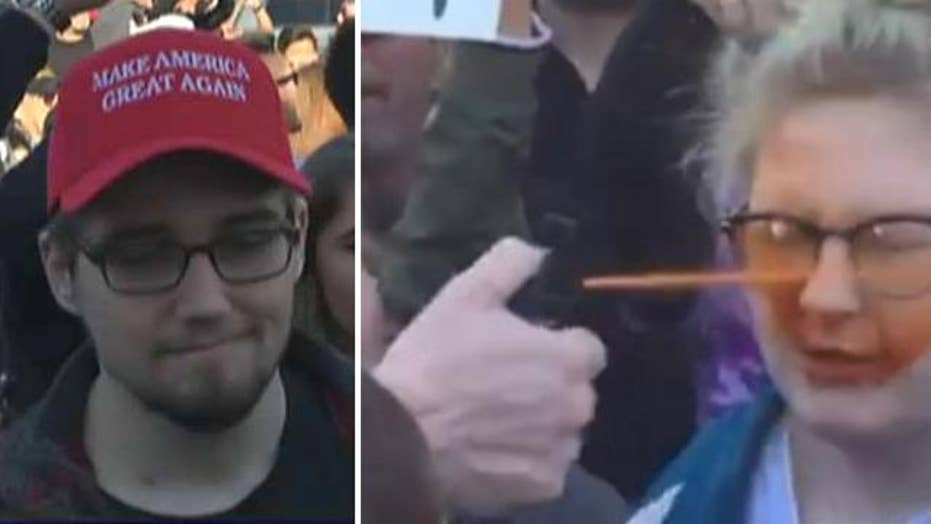 JANESVILLE, Wis. – Police said they've located the man suspected of pepper spraying a 15-year-old girl during an altercation at a rally for Republican presidential candidate Donald Trump in southern Wisconsin.

Janesville police Sgt. Aaron Dammen said Thursday that investigators have also talked to a man accused of groping the girl at the crowded rally outside a Janesville hotel and convention center Tuesday.

Dammen said the investigation into the confrontation continues. No charges have been filed.

Video shared on social media shows a girl at the rally accusing a man of touching her chest and then punching or shoving someone in the crowd before another man wearing a Donald Trump hat pepper sprays her.

The incident is among a series of clashes between protesters and supporters at raucous Trump events.