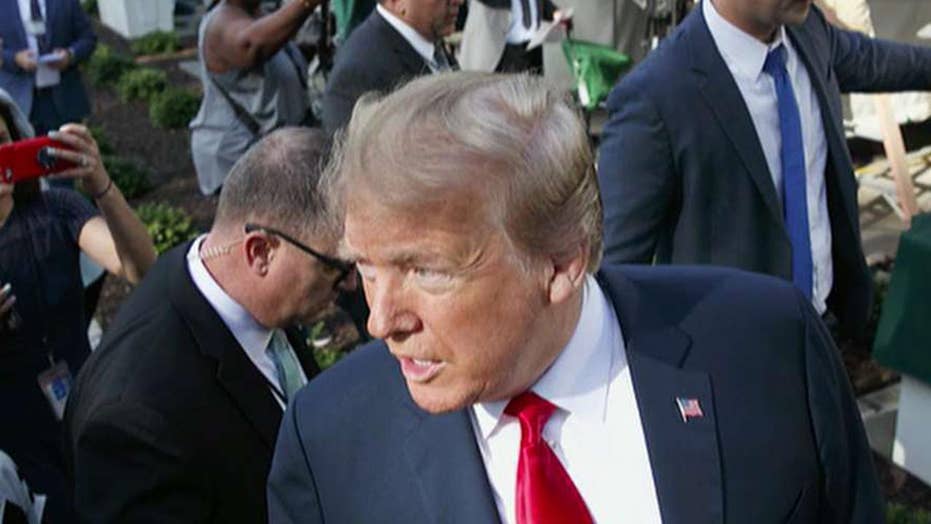 Hundreds of newspapers will blast President Trump with coordinated editorials Thursday aimed at defending the mainstream media against his attacks, but at least one prominent political watchdog thinks the synchronized, “stupid pro-press assignment” will backfire.

Trump has mocked the media – specifically CNN, NBC and The New York Times – with a variety of nicknames such as “fake news” and has even referred to them as the enemy of the people.

The Boston Globe called for editorial boards nationwide to publish columns on Aug. 16 condemning Trump’s “war against the free press.” More than 200 editorial boards plan to participate, according to the paper’s Op-Ed editor. Each paper will write and publish its own editorial on the topic – giving Trump’s critics a lot to consume in one day.

But Politico senior media writer Jack Shafer wrote that the Globe’s effort is “sure to backfire” and simply offer Trump extra ammunition.

“It will provide Trump with the circumstantial evidence of the existence of a national press cabal that has been convened solely [to] oppose him,” Shafer wrote. “Trump will reap enough fresh material to wale on the media for at least a month.”

“It will provide Trump with the circumstantial evidence of the existence of a national press cabal that has been convened solely to opposes him."

“By colluding against me, the fake media proved, once and for all, that they are in cahoots with the Democrats and have declared themselves to be my true political opposition,” Shafer imagined Trump saying.

Shafer also criticized the upcoming anti-Trump editorials as “an exercise in redundancy” and “self-stroking,” because most newspapers have already gone after Trump’s attack on the press. In addition, Shafer pointed out that most editorial boards didn’t support Trump in the first place.

“Editorial-page sentiment against Trump remains largely unchanged since the election, making the call for a collective reprimand all the more pointless,” he wrote.

The New York Times, Houston Chronicle, Minneapolis Star Tribune, Miami Herald and Denver Post are among the newspapers scheduled to participate in the Globe’s effort. A variety of smaller papers will also partake.

“Most newspaper editorials are already a watered-down product of groupthink. It’s unlikely that expanding the size of the group and encouraging everybody to bake and serve a tuna-fish casserole on the same day will produce editorials that are more interesting and persuasive than the normal fare,” Shafer wrote. “Editorial pages of America, don’t unite! Think for yourselves! Reject this stupid pro-press assignment!”