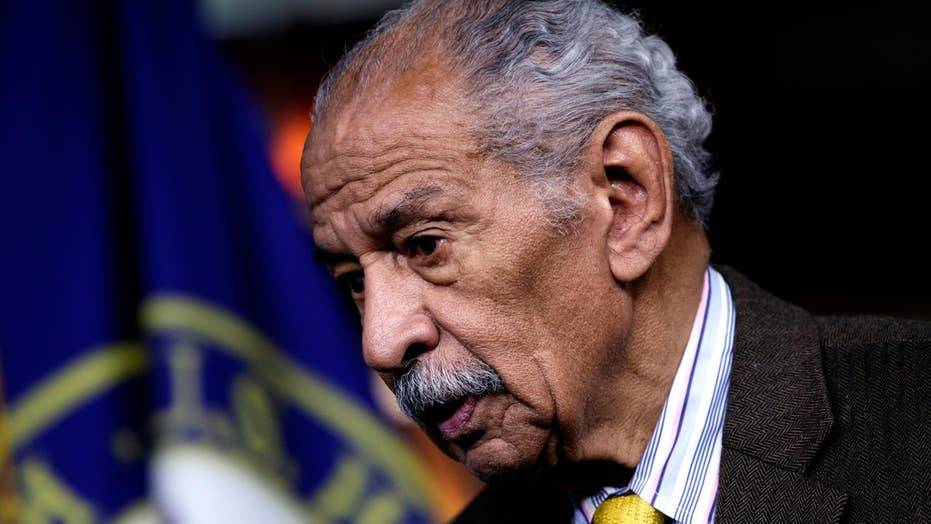 Another woman has come forward accusing Rep. John Conyers, D-Mich., of putting his hand up her skirt and rubbing her thighs in the front row of a church.

The latest allegation hit the congressman just hours before he is set to make announcement on a Detroit radio station Tuesday.

Elisa Grubbs made the allegation in an affidavit publicized late Monday by attorney Lisa Bloom. Grubbs worked for Conyers for more than a decade and is the cousin of another accuser, Marion Brown, who reached a confidential settlement with the Michigan politician over sexual misconduct allegations.

"Rep. Conyers slid his hand up my skirt and rubbed my thighs while I was sitting next to him in the front row of a church," Grubbs said in the affidavit. "I was startled and sprang to my feet and exclaimed, 'He just ran his hand up my thigh!' Other staffers witnessed the event."

Conyers is set to speak on Tuesday on a Detroit radio show and expected address the allegations and his political future. Reed said the congressman’s health will be the deciding factor whether he will step aside from his House seat he held since 1964. Conyers was hospitalized last week after complaining about feeling light-headed.

As well as touching inappropriately in a church, Grubbs claims she witnessed Conyers touching and stroking the legs and buttocks of her cousin and other female staffers on “multiple occasions,” adding that such harassment “was a regular part of life while working in the office of Rep. Conyers."

In another instance of sexual harassment, Conyers allegedly came out of the bathroom naked knowing Grubbs was in his home.

The Democrat’s attorney dismissed Grubbs’ accusations, telling the Detroit Free Press that they are “another instance of tomfoolery from the mouth of Harvey Weinstein's attorney." Bloom previously represented disgraced Hollywood producer Weinstein, who is accused of sexual misconduct by multiple women.

There are growing calls for Conyers to step down amid the allegations. House Democratic Leader Nancy Pelosi, who previously called the congressman “an icon” who worked to protect women, changed her tune last week and urged him to resign.

Some local community leaders in Detroit rallied on Monday in support of the accused congressman, saying he remains innocent until proven guilty.