The grounds outside the California state Capitol in Sacramento, seen Aug. 31, 2018, are expected to be the site of Sunday's "Turn California Red" rally. (Associated Press)

Californians aiming to promote conservative leaders and causes ahead of Tuesday’s election plan to gather in Sacramento on Sunday, potentially setting the stage for a clash with counter-protesters.

Organizers of the “Turn California Red” rally say supporters will assemble outside the state Capitol at 1 p.m. local time. The organizers obtained a permit for up to 500 people to attend the event, according to the California Highway Patrol.

By Saturday night, 150 people had posted they planned to attend and more than 650 claimed they were interested.

The gathering comes as some California conservatives have grown tired of the state's liberal politics. Event planners said Democrats have made the state "unlivable for normal citizens." 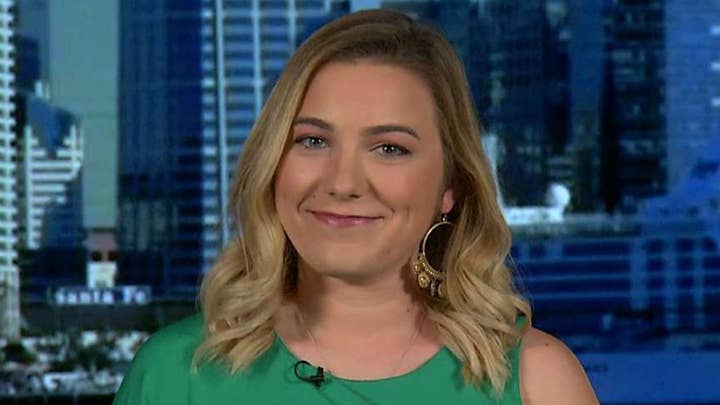 But Sunday's gathering could draw a counter-protest. An anti-fascist group called Antifa Sacramento warned its members on the group’s Facebook page that “the far-right is descending." The group urged people to “Show up against bigotry” as long as they’re “capable of intervening in the event of street harassment or attacks.”

Event organizer Chris Ross acknowledged to the Sacramento Bee that the rally comes as rhetoric by conservatives is facing intense scrutiny in light of a Florida man who allegedly mailed bombs being sent to several Democratic politicians and liberals.

“In the midst of recent events some may be feeling discouraged heading into the midterms and into this rally,” he wrote. “We cannot and will not allow the actions of one man (to) influence our passion to complete our mission. Stay the course, Patriots.”

He urged people on the event page to refrain from inflammatory rhetoric to jeopardize the event.

He also wrote that all signs and flags must be mounted on yardsticks -- with no pipes, thick posts or "anything in that category" allowed, he wrote.

Officials in Sacramento are expected to be on high alert, the San Diego-Union Tribune reported. 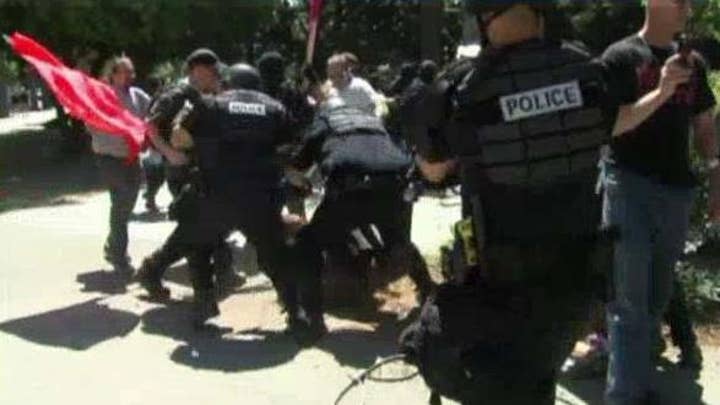 In 2016, violence erupted when white nationalists and skinheads clashed with counter-protesters at a neo-Nazi rally at the state Capitol. Seven people were stabbed and the building was locked down with staffers and tourists still inside.

Other gathers have escalated into chaotic violence, such as a Huntington Beach, Calif. Rally where supporters of President Trump and counter-protesters violently confronted each other.