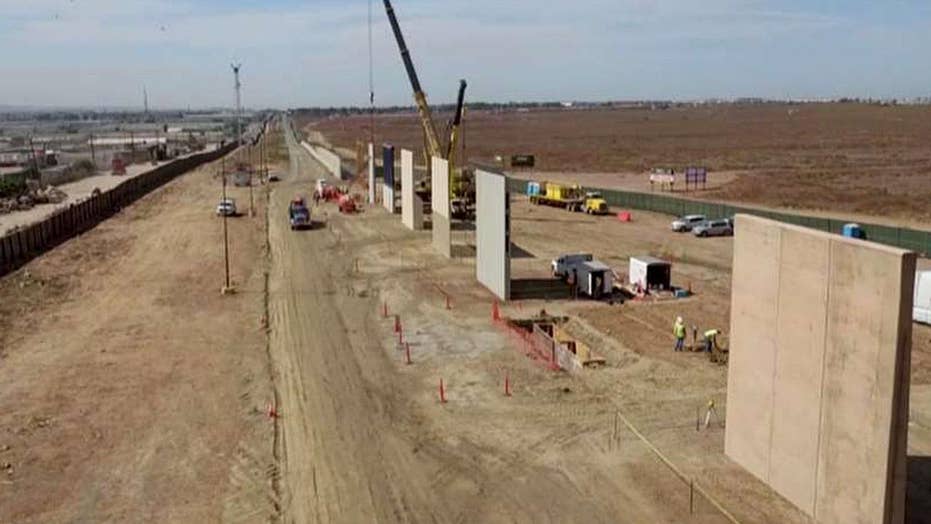 Mulvaney says the budget includes $3 billion for the wall

President Trump has, for now, given up on balancing the federal budget in the next ten years – and Congress is to blame, his budget director said Monday, according to the Wall Street Journal.

Office of Management and Budget Director Mick Mulvaney told reporters that legislators “didn’t make any of the large structural changes” he said last year were needed if the administration were to have a chance of reining in the federal deficit.

At his confirmation hearing in January 2017, Mulvaney called for “fundamental changes” in the way “Washington spends and taxes.”

“No one can say the president doesn’t take this seriously. He is making tough choices, but he’s doing it in a smart way.”

Instead of following his advice, Mulvaney said Monday, Congress “pounded the hell out of me.”

Unlike last year’s budget plan, the fiscal 2019 blueprint unveiled by the Trump administration on Monday does not seek to balance the budget over the next decade.

Combined with a newly passed spending deal and sweeping tax cuts, the budget would see the federal deficit once again rising past $1 trillion in the near-term.

But the pivot should not be interpreted as a fundamental shift, Mulvaney suggested. When a questioner at the briefing referred to Mulvaney as a “one-time deficit hawk,” he shot back, insisting he is a “still-time deficit hawk, thank you.”

"If we simply look at this as being deficit-neutral, you're never going to get the type of tax reform and tax reductions that you need to get to sustain 3 percent economic growth,” Mulvaney told Wallace. “We really do believe that the tax code is what's holding back the American economy."

The budget chief said Monday the fallback should not reflect on Trump.

“No one can say the president doesn’t take this seriously,” Mulvaney said. “He is making tough choices, but he’s doing it in a smart way.”

“It’s not hypocritical,” he added. “It’s simply adjusting to the Washington, D.C., that we live in.”