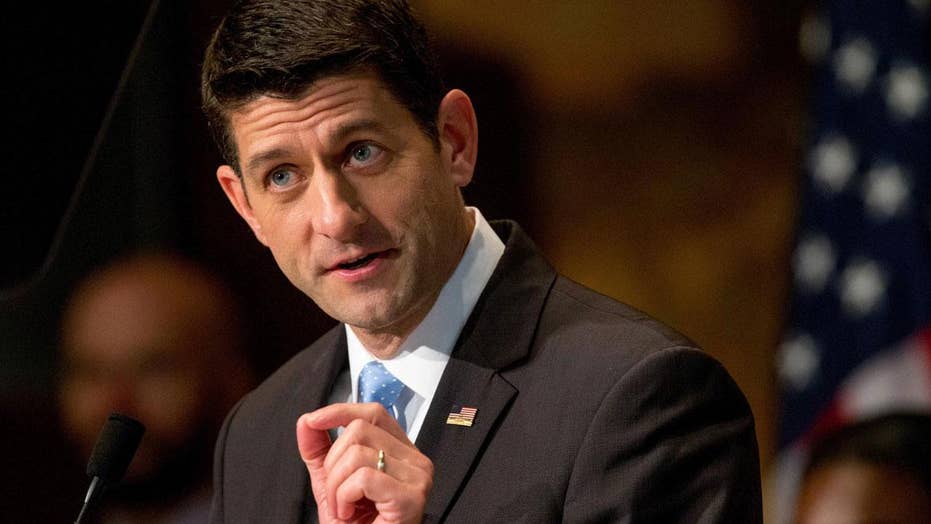 House lawmakers have filed a stopgap spending bill to avert a government shutdown this weekend, as lawmakers juggle talks on a longer-term budget deal and a potential revival of ObamaCare replacement legislation.

The short-term “continuing resolution” would fund the government through May 5, under current funding levels.

“I am optimistic that a final funding package will be completed soon. It is time that this essential work is completed so that critical programs and activities – including national defense –are properly and adequately funded for the year,” House Appropriations Chairman Rodney Frelinghuysen, R-N.J., said in a statement, as he introduced the stopgap overnight ahead of a Friday-at-midnight deadline.

The White House and Congress continue to debate the particulars of a broader deal, with President Trump on Thursday taking to Twitter to air his concerns.

“The Democrats want to shut government if we don't bail out Puerto Rico and give billions to their insurance companies for OCare failure. NO!” he tweeted.

The tweet was a reference to a Democratic push to help Puerto Rico fund its Medicaid program, and to keep funding payments under Obamacare that go to reimburse health insurers for reducing deductibles and co-payments for lower-income people.

Trump didn’t stop there, as he continued to accuse Democrats of wanting to “shut down” the government, in a mid-morning tweet-storm.

“I promise to rebuild our military and secure our border. Democrats want to shut down the government. Politics!” he wrote.

Democrats jeopardizing the safety of our troops to bail out their donors from insurance companies. It is time to put #AmericaFirst🇺🇸

Despite the warnings, the White House earlier dropped a separate demand for money for Trump’s promised U.S.-Mexico border wall, helping clear the way, eventually, for a broader deal.

At the same time, House Republicans had a breakthrough on health care legislation as a key group of conservatives, the House Freedom Caucus, announced it would support a revised version of the bill. Freedom Caucus opposition fueled the legislation’s collapse a month ago, a humiliating episode for Republicans that called into question their ability to govern given that they've been promising for seven years to repeal and replace the Affordable Care Act.

Yet whether the Freedom Caucus support would be enough remained uncertain, amid concerns from moderates and uncertainty over any bill’s prospects in the Senate.

The changes in the bill would let states escape requirements under Obama's health care law that insurers charge healthy and seriously ill customers the same rates, and cover a list of specified services like maternity care. Conservatives embraced the revisions as a way to lower people's health care expenses, but moderates saw them as diminishing coverage.

Rep. Jim Jordan, R-Ohio, of the Freedom Caucus, backed the proposal in an interview with Fox News’ “America’s Newsroom.”

“This bill doesn’t fully repeal ObamaCare and that’s a problem … but it at least gives the states that option to get that waiver,” he said, while vowing to continue to work for a full repeal.

With Trump’s 100-days marker hitting this Saturday, GOP lawmakers could try to move on the health care plan by the end of the week. But the timing is fluid, and it could slip.