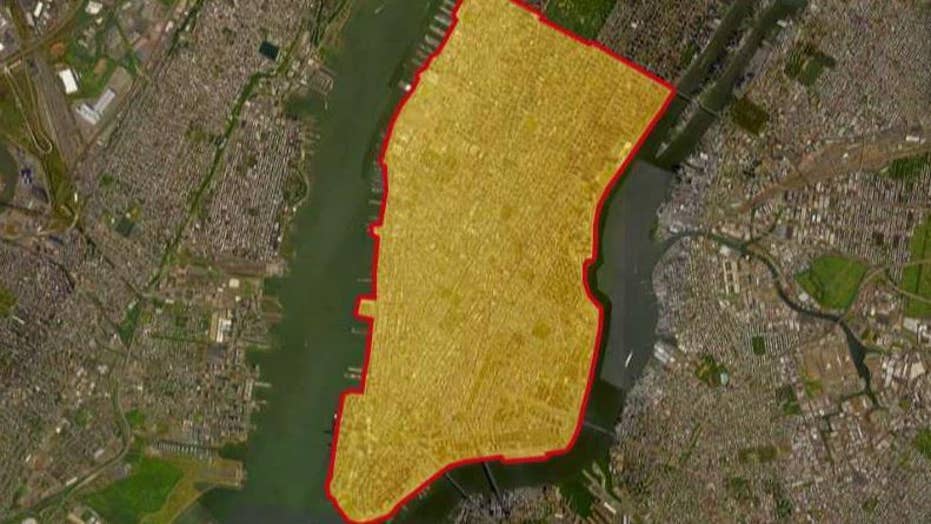 Starting in 2021, drivers will be charged approximately $10 for driving into parts of Manhattan as part of the state's new budget deal; Laura Ingle has the details.

Several major cities are now considering a so-called “congestion” tax, on the heels of New York approving the controversial first-in-the-nation fee on downtown drivers in a bid to ease gridlock.

New York state lawmakers earlier this month approved a congestion surcharge for drivers at all Manhattan points of entry below 60th Street, the culmination of a decade-long fight that began in 2007 when former New York City Mayor Michael Bloomberg began pushing the plan. Now supporters in Los Angeles, San Francisco, Philadelphia, Boston, Seattle and Portland are considering following New York’s lead, in an effort to cut down on traffic and pollution and raise money for public transportation.

But critics say the charges, in New York and beyond, would only punish commuters who have no choice but to drive into cities, as well as businesses that rely on downtown deliveries.

“Congestion itself is enough of a deterrent for folks driving into the city,” Republican Pennsylvania state Rep. Todd Stephens told Fox News. 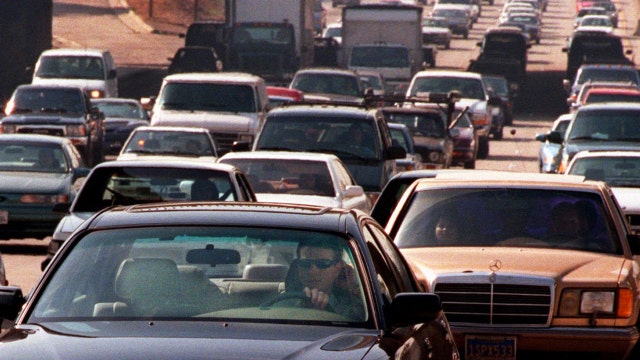 Stephens represents suburban Montgomery County outside Philadelphia -- which is now looking at a congestion tax for the first time, according to the office of Democratic Mayor Jim Kenney. Spokeswoman Kelly Cofrancisco told The New York Times the city will examine New York’s experience “to see how this can help improve equity, safety, sustainability and mobility.”

Some local lawmakers are welcoming the idea. “I applaud my … colleagues in New York for their work to make the city more navigable and more accessible. As cities take on gridlock and congestion with meaningful policy solutions like congestion pricing, I’m certainly paying attention,” Democratic Councilmember Helen Gym said in a statement to Fox News.

Stephens, whose district includes many Philadelphia commuters, countered that a congestion tax would be “unfair” to workers, adding “some people have to drive.”

Also paying attention are advocates of the tax in Los Angeles, San Francisco and Portland – all cities that are conducting or planning impact studies on such a proposal.

A report recently issued by the Southern California Association of Governments recommended a $4 fee for entering West Los Angeles and Santa Monica during the weekday rush hour. It concludes that this change would reduce congestion by roughly 20 percent.

"Congestion pricing is a creative solution to gridlock that appropriately prices road use and also generates significant funding for transit while reducing pollution. The alternative is simply doing nothing and allowing congestion to persist unchallenged. I think it is positive that cities around the world, including some in California, are willing to try [innovative] solutions over inaction,” said Democratic California Assemblyman Richard Bloom, who represents parts of Los Angeles.

In Massachusetts, meanwhile, The Boston Herald reports that state lawmakers have introduced a new bill aimed at imposing a congestion tax in East Boston. The push may be difficult as Massachusetts GOP Gov. Charlie Baker vetoed such a bill last year and Boston Democratic Mayor Marty Walsh faced intense backlash from commuters at the time.

Seattle has also been studying the issue since before New York approved its plan. Democratic Mayor Jenny Durkan pitched the idea as part of her budget push last year to make the city compliant with the Paris climate accord after President Trump withdrew the U.S. from the treaty.

Democratic Councilman Mike O’Brien, who spearheaded the push in his city, told Fox News in a statement, “As congestion and pollution increase in our growing city, we need tools such as congestion pricing to ensure our city continues to function well.” O’Brien stresses Seattle is assessing the possible impact on low-income households he said “should not disproportionately bear the impacts of congestion pricing. This is why Seattle started a study over a year ago to better understand who currently drives downtown, when they drive downtown, and why.”

DEM GOVERNOR'S $25,000-A-PLATE FUNDRAISER HAS OWN PARTY CALLING HIM OUT

As these cities consider the idea, they’re likely to encounter the same kind of resistance New York experienced. Amid that debate, the Independent Drivers Guild (representing over 70,000 app-based drivers) blasted the plan as a “sham” tax that “unjustly singles out low income for-hire drivers and their already highly-taxed riders.” Uber, meanwhile, lobbied for the idea.

AAA spokesman Robert Sinclair told Fox News that “as far as we are concerned it is all about the money, it is terribly unfair.”

Congestion pricing is an idea first popularized overseas. Back in 2003, London imposed a fee of £11.50 ($15) to drive into Central London, and piled on another fee several years ago for older vehicles.

While the price has not been set in stone for New York, a report commissioned by Gov. Andrew Cuomo’s office recommends cars entering Manhattan during peak hours be charged $11.52, and trucks be charged $25.34 – on top of any bridge tolls.