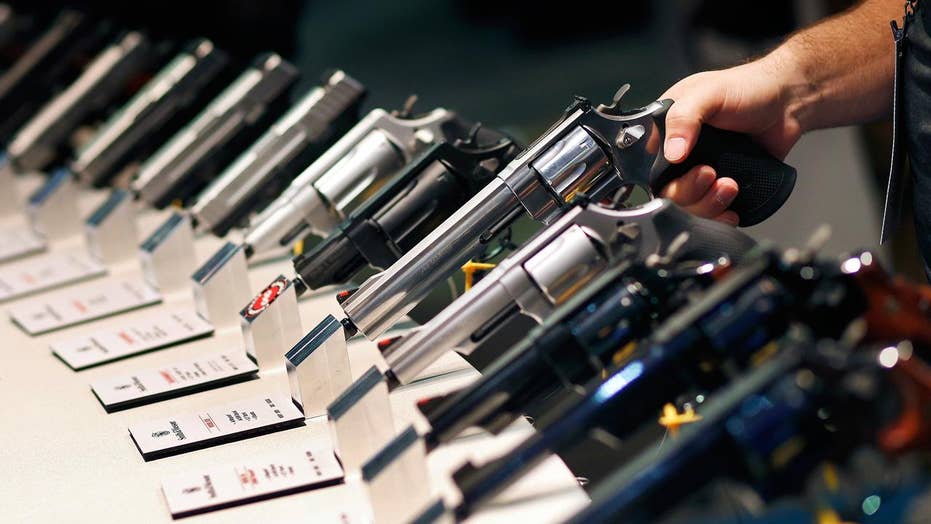 Gun-rights advocates scored a major win with House passage of legislation making concealed-carry gun permits valid across state lines -- but face a much tougher challenge in the Senate where they'll need support from at least eight Democrats to make the bill law.

Supporters of "concealed-carry reciprocity" argue they simply want to clarify a patchwork of laws from local jurisdictions that confuse and sometimes ensnare gun-carrying travelers.

And they insist any bill sent to President Trump would not put state laws under a federal umbrella law or ease background checks.

The bill passed in the House 231-198 last week, with six House Democrats voting in support.

But Texas GOP Sen. John Cornyn, who is sponsoring the companion Senate measure, will need more than that in his chamber.

In 2013, Cornyn got support for a similar bill from 13 Democrats, including seven who are still in the Senate. Five of the seven are seeking reelection next year -- Joe Donnelly in Indiana, Martin Heinrich in New Mexico, Heidi Heitkamp in North Dakota, Joe Manchin in West Virginia and Jon Tester in Montana. All those states are conservative-leaning except for New Mexico.

One source told Fox News it's likely Democratic leader Chuck Schumer, D-N.Y., would seek to hold back the necessary support for the bill, giving his blessing only for a handful of vulnerable lawmakers to support it.

He could have months to organize the opposition.

Despite last week's fanfare, any Senate vote on concealed carry is not expected until next spring, sources said Monday.

The looming Senate battle pits powerful and deep-pocketed guns-rights advocates like the NRA against gun-control groups like Everytown for Gun Safety -- whose cofounder, ex-New York Mayor Michael Bloomberg, is reportedly putting up $25 million to oppose the reciprocity legislation.

Gun-control advocates insist the legislation would allow concealed-carry laws to follow the traveler, arguing somebody from North Dakota, for example, could carry a concealed handgun through Times Square.

His bill contained an 11th-hour change to help states and agencies enter such data as criminal and domestic-violence convictions into the National Instant Criminal Background Check System for gun purchases.

It's a provision the NRA has also supported, in the aftermath of the mass shooting last month at a Texas church. The Air Force admitted that it failed to enter into the federal system the shooter’s domestic violence-related court-martial, which could have prevented him from buying a rifle used in the attack.

But Cornyn is not including the "NICS Fix" in his measure.

“I support the constitutional carry, because I view it kind of like a driver’s license,” he told several news outlets before the successful House vote.

“But I think it’s a mistake to try to combine this with the fix NICS  background check. We have good bipartisan support for that. … But if we start trying to add other things to it, then I think we risk not doing anything which has sort of been the fate of a lot of the legislation we’ve tried in the past. So, I’d like to do the fix NICS, and then we can move on from there.”

Connecticut Democratic Sen. Chris Murphy said before the vote that he supports Cornyn’s strategy and that House Republicans were combining the two “because they know the conceal carry is extremely unpopular.”

But dropping the provision from the Senate version could make it tougher to attract Democrats. Republicans have just a 52-48 Senate majority, while needing 60 votes to pass such a measure.

Cornyn appears to have enough bipartisan support and momentum to pass separate NICS Fix legislation, even before year’s end.