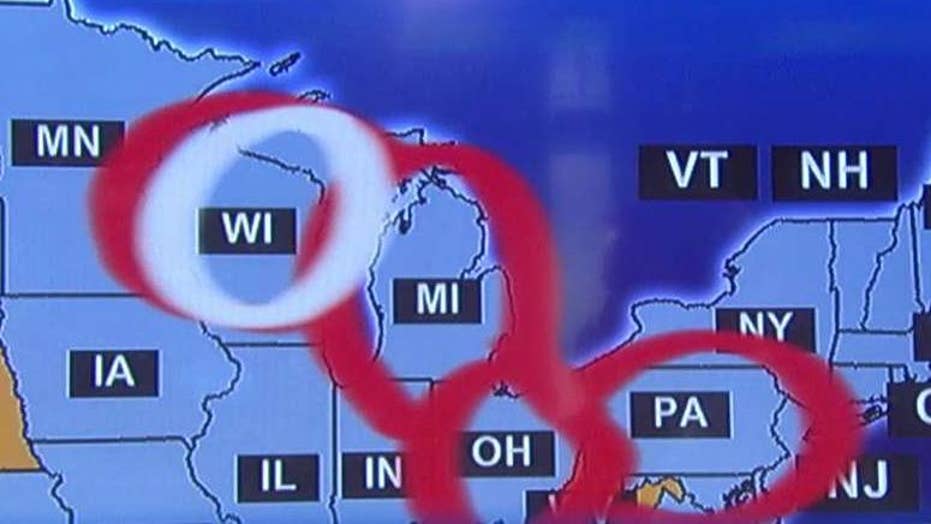 Where Trump needs to win in the general election

Plotting out Donald's map to victory

Donald Trump's campaign said a computer error resulted in a prominent white nationalist being mistakenly included on a list of his potential California delegates, an embarrassment for a candidate who has been criticized before for being too slow to distance himself from former Ku Klux Klan leader David Duke.

The campaign said in a statement Tuesday that the name has been withdrawn and a corrected list resubmitted to state officials.

Trump California director Tim Clark released a statement blaming a "database error" for the inclusion of William Johnson, which said he been rejected and removed from the campaign's list in February 2016.

Johnson, a white nationalist leader and Trump supporter, told The Associated Press that he received an email from Clark earlier Tuesday informing him that his name had been "erroneously listed" as a delegate. Johnson runs the American National Super PAC, which made automated phone calls supporting Trump's candidacy across the country.

The Los Angeles attorney told the AP it had been a mistake for him to submit his name for consideration. In California, Republican candidates pick potential delegates to the GOP's summer convention. They are selected based on the outcome of voting in the state's June 7 primary.

"I was naive," Johnson said. "I thought people wouldn't notice, and if they did notice I didn't think it would be a big deal." He added that he is resigning from his role as delegate, effective immediately.

Johnson's appearance on the list was first reported by Mother Jones magazine.

Previously, Trump has drawn criticism for hesitating before denouncing former Ku Klux Klan leader David Duke, who said not voting for Trump was "treason to your heritage."

Johnson said he never disclosed his white nationalist beliefs in his application.

"You answer the questions that they ask, and they asked, `What have you done to support Donald Trump?' They didn't ask, `Are you a white nationalist?" he said.

Trump "wants to build the wall (along the border with Mexico). He wants to cut off illegal immigration, and he wants to cut back on foreign trade, bring jobs back to America," Johnson added. "We believe Donald Trump will help lead the country in a proper direction."

Sam Mahood, a spokesman for the California Secretary of State's Office, said the Trump campaign attempted to submit a revised list of delegates to the office Tuesday, a day after the deadline. It was rejected.

However, Mahood said state election law allows candidates to submit a list of alternates within 30 days after the June 7 primary. He said it would be up to the Republican National Committee or the state Republican Party to set the process for replacing a delegate with an alternate.