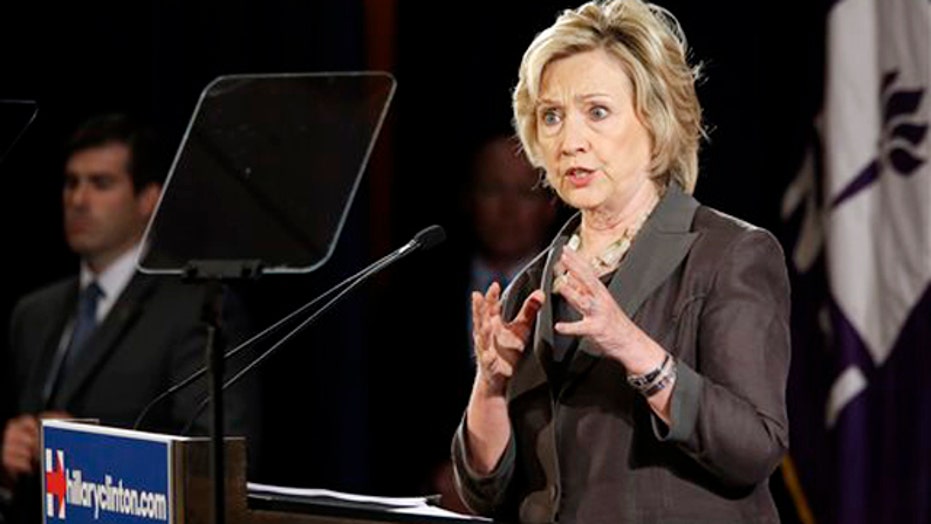 Democratic presidential candidate Hillary Clinton will testify in October before the House committee investigating the killing of four Americans in a 2012 terror attack in Benghazi, Libya, the Clinton campaign said Saturday.

Clinton was secretary of state when the attacks occurred.

Campaign spokesman Nick Merrill said Clinton will testify publicly before the House’s special Select Committee on Benghazi, after months of negotiations about the terms of her appearance.

A tentative date of Oct. 22 has been set. Clinton has already testified before Congress on the issue.

The announcement that Clinton will testify comes one day after the release of a letter from intelligence investigators to the Justice Department stating secret government information may have been compromised in Clinton's private server that she used when secretary of state.

Clinton used the server and private email for official business including some exchanges about the Sept. 11, 2012, attacks on a U.S. outpost in Benghazi.

The investigation into the deaths of the U.S. ambassador and the three others has grown into a political fight over Clinton's emails and private server. It's likely to shadow Clinton's 2016 presidential campaign.

“Friday began with the printing of a story that was false,” Merrill said in a statement. “Entities from the highest levels of two branches of government have now made that clear. … We want to ensure that appropriate procedures are followed as these emails are reviewed while not unduly delaying the release of her emails.”

The inspector general of the U.S. intelligence community on Friday alerted the Justice Department to the potential compromise of classified information arising from Clinton's server.

The IG also sent a memo to members of Congress indicating that "potentially hundreds of classified emails" were among the 30,000 that Clinton had provided to the State Department -- a concern the office said it raised with FBI counterintelligence officials.

The memo also made recommendations for changes in how the emails are being reviewed and processed for public release.

Though the referral to the Justice Department does not seek a criminal probe and does not specifically target Clinton, the latest steps by government investigators will further fuel the partisan furor surrounding the 55,000 pages of emails the State Department already has under review.

Merrill also said the agency is slated to make public more of them next week.

“We hope that release is as inclusive as possible,” he said.

Select committee spokesman Jamal Ware said Saturday that Clinton's campaign should contact the candidate's lawyer, David Kendall, because as of last night he was still negotiating conditions for her appearance. Among the key issues apparently is whether Clinton will answer questions about her emails.

“The committee will not, now or ever, accept artificial limitations on its congressionally-directed jurisdiction or efforts to meet the responsibilities assigned to the committee by the House," Ware said.

A spokesman for Democrats on the Benghazi committee told Fox News on Saturday that Gowdy's staff proposed to Clinton's attorney hearing dates in October and that on Friday the attorney accepted the Oct. 22 date.

"However, all we can confirm at this point is that the date was offered and accepted, not that the Republicans will stick to it," the spokesman said.