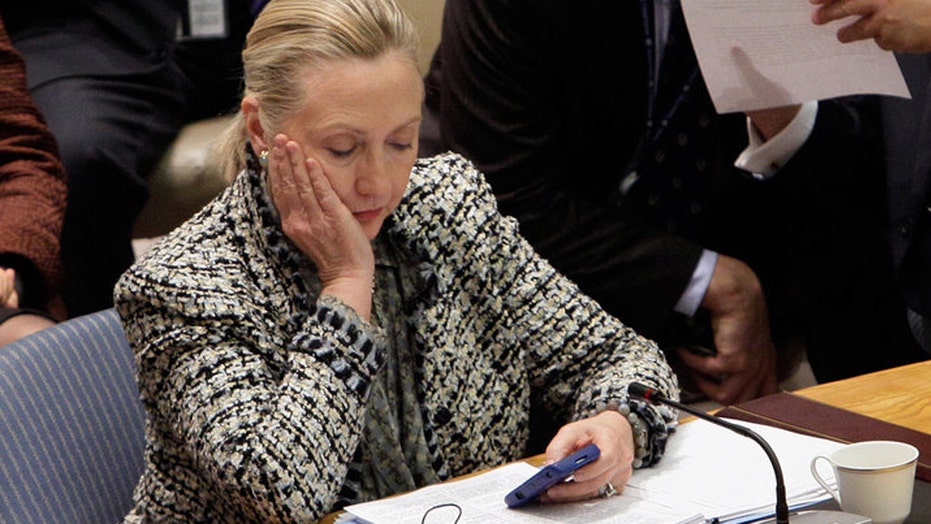 On 'America's Newsroom,' Sen. Jeff Sessions responds to the critical report on the former secretary of state

A State Department inspector general report on the use of personal email systems by former secretaries of state revealed Wednesday that the private server used by Hillary Clinton when she led the department apparently was the target of cyber-attacks.

The revelation was just one of numerous findings about Clinton’s private email system sure to fuel the debate over whether she jeopardized national security during her tenure as secretary of state from 2009 to 2013. The report faulted several past secretaries of state for cyber practices, but was particularly critical of Clinton.

Here are five highlights from the report.

In January 2011, a “non-Departmental advisor to President Clinton who provided technical support to the Clinton email system” warned a Hillary Clinton staffer he had to shut down her private server over concerns “someone was trying to hack us.” The adviser said the attack failed but he nevertheless closed the server because he “didn’t want to let them have the chance to.” Later that day, the adviser again wrote to say: “We were attacked again. So I shut down [the server] for a few min.”

Clinton “did not use a department email account and has acknowledged using an email account maintained on a private server for official business,” the report said. While there were many examples of staff using personal accounts for official business, the IG could only find three cases where officials used non-department accounts “on an exclusive basis for day-to-day operations”: former Secretary of State Colin Powell, former Ambassador to Kenya Jonathan Scott Gration and Clinton.

No Interview With Clinton

The department over several administrations “issued numerous warnings about cybersecurity risks” related to email use. During Clinton’s tenure, warnings apparently were ignored. The report said two staffers said they discussed their concerns in 2010 with officials, but were told Clinton’s personal system had been approved “and the matter was not to be discussed any further.” One staffer said a top official with Information Resource Management “instructed the staff never to speak of the Secretary’s personal email system again.”

Clinton Assured, She ‘Gets It’

In March 2009, after unsuccessful efforts to supply Clinton with a secure government smartphone, the department sent a classified memorandum to Clinton’s chief of staff warning about the security vulnerabilities associated with Clinton using a BlackBerry and that the device was prohibited in sensitive areas. Clinton responded by saying she “gets it.”