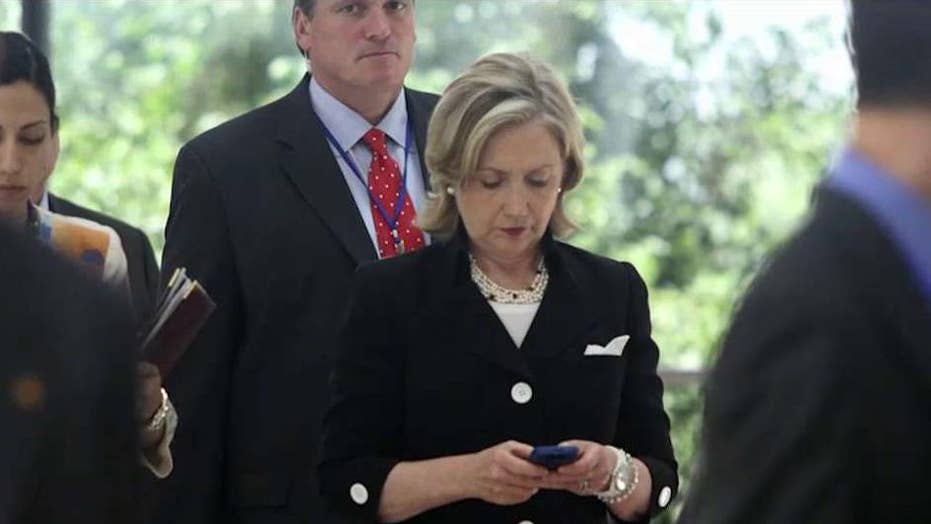 Some of Hillary Clinton’s emails on her private server contained information so secret that senior lawmakers who oversee the State Department cannot read them without fulfilling additional security requirements, Fox News has learned.

The emails in question, as Fox News first reported earlier this week, contained intelligence classified at a level beyond “top secret.” Because of this designation, not all the lawmakers on key committees reviewing the case have high enough clearances.

A source with knowledge of the intelligence review told Fox News that senior members of the Senate Foreign Relations Committee, despite having high-level clearances, are among those not authorized to read the intelligence from so-called “special access programs” without taking additional security steps -- like signing new non-disclosure agreements.

These programs are highly restricted to protect intelligence community sources and methods.

That indicates a level of classification beyond even “top secret,” the label previously given to two emails found on her server, and brings even more scrutiny to the Democratic presidential candidate’s handling of the government’s closely held secrets.

Fox News is told that the reviewers who handled the SAP intelligence identified in Clinton’s emails had to sign additional non-disclosure agreements even though they already have the highest level of clearance -- known as TS/SCI or Top Secret/Sensitive Compartmented information. This detail was first reported by NBC News.

This alone seems to undercut the former secretary of state’s and other officials’ claims that the material is "innocuous."

In an interview with NPR, Clinton claimed the latest IG finding doesn’t change anything and suggested it was politically motivated.

“This seems to me to be, you know, another effort to inject this into the campaign, it's another leak,” she said. “I'm just going to leave it up to the professionals at the Justice Department because nothing that this says changes the fact that I never sent or received material marked classified.”

Despite Clinton's claims, it is the content that is classified; the markings on the documents do not affect that.

A former Justice Department official said there is another problem -- warnings from State Department IT employees and others that she should be using a government account.

“If you have a situation where someone was knowingly violating the law and that they knew that what they were doing was prohibited by federal law because other people were saying, you're violating the law, knock it off, and they disregarded that advice and they went ahead, that's a very difficult case to defend,” Thomas Dupree said.