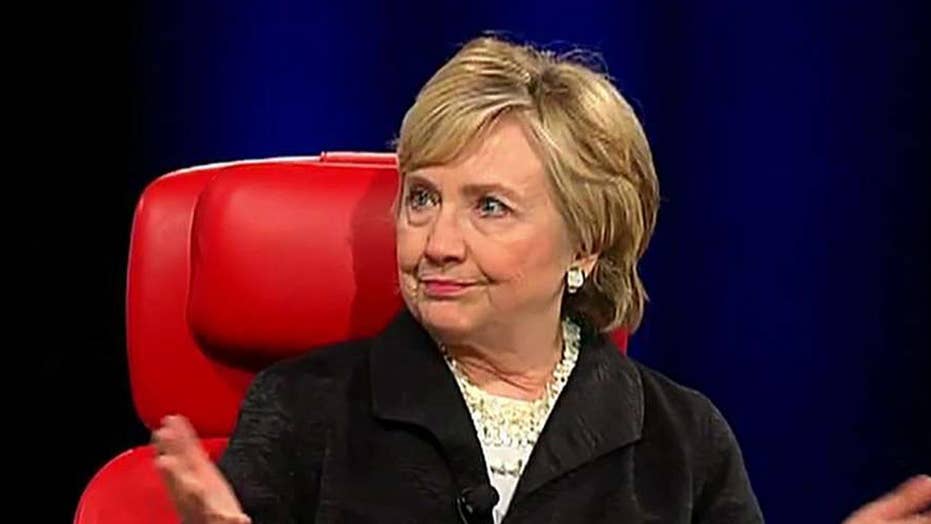 Clinton says email server was not reason she lost election

The former secretary of state and Democratic presidential nominee opens up at the Code Conference, says email scandal was a 'nothing burger'

Hillary Clinton came out swinging Wednesday, ripping Russia for her November loss to President Trump and accusing the White House of colluding with Moscow in weaponizing technology to bring her campaign down.

Clinton linked Russia’s interference in the 2016 elections to Trump and said she hoped investigators would be able to unmask a plot to interfere in the U.S. elections.

Clinton described how a Russian-led misinformation campaign was launched against her using social media networks like Facebook that weren’t able to cut through the “fake news” circulated on the sites.

"What we saw in this election particularly the first time we had the tech revolution really weaponized politically," she said. "It was aimed at me but it's a much deeper, more persistent effort to literally turn the clock back on so much of what we have achieved as a country."

She also didn’t hold back when asked who she thought was responsible for directing the Russians.

Clinton said she and her campaign repeatedly tried to bring up Russia’s interest in the U.S. election but said her claims were largely ignored.

"Putin wants to bring us down," Clinton said. "It's way beyond me. .... I believe that what was happening to me was unprecedented. Over the summer we went and told anyone we could find that the Russians were messing with the election and we were basically shoo'd away. .... We couldn't get the press to cover it."

“The first time you saw the tech revolution really weaponized politically… you had Citizens United come to its full fruition,” she said. “So unaccountable money flowing in against me, against other Democrats in a way we hadn’t seen. You had effective suppression of votes.”

In the Citizens United v Federal Election Commission ruling, the justices ruled that political spending is protected under the First Amendment. The ruling made it legal for corporations, unions and special interest groups to funnel unlimited amounts of money to candidates – just as long as it was done independently. The high court decision led to a boom in super PACs.

Clinton also claimed she was treated unfairly for accepting millions of dollars in speaking fees from Wall Street firms amid an increasingly competitive race with self-proclaimed "democratic socialist" Vermont Sen. Bernie Sanders and then Trump.

“I have to say… I never thought someone would throw out my entire career because I made a couple of speeches,” she said. “Men got paid for speeches they made… I got paid for the speeches I made.”