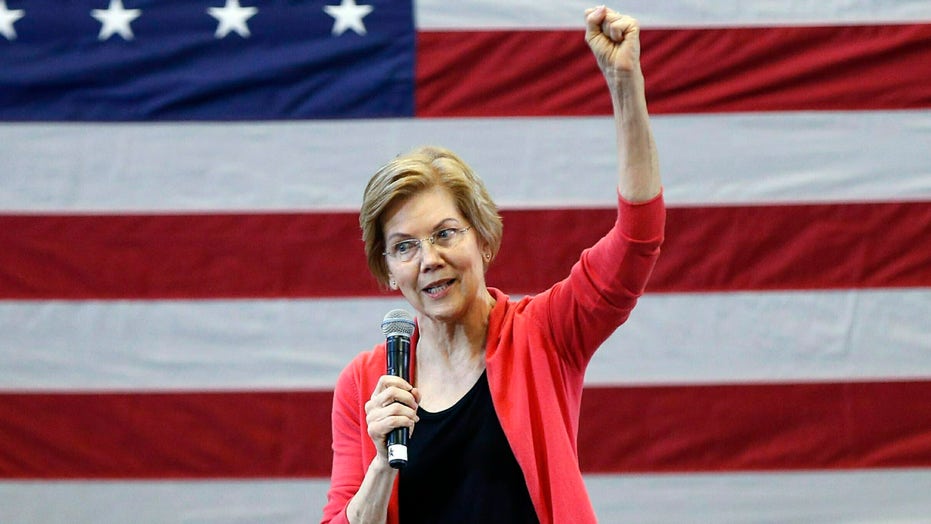 She's got a plane for that.

A video provided to Fox News by a source shows Elizabeth Warren, whose Democratic presidential campaign has made railing against the "rich and powerful" a central theme, stepping off a private jet in Iowa Monday night. The Massachusetts senator was returning to the state after spending Monday in Washington, D.C., for the closing arguments in the impeachment trial of President Trump.

At one point in the video, Warren seems to walk behind a staffer after apparently noticing the camera filming her in Des Moines.

WATCH THE WARREN VIDEO HERE OR ABOVE

Warren and her competitor for the Democratic nomination, Sen. Bernie Sanders, I-Vt., have both used private planes to go back and forth between the nation's capital and Iowa during the impeachment trial.

Warren, who funds her trips with campaign cash, tweeted as recently as last Thursday about Trump administration officials using private aviation on the taxpayer's dime. She specifically referenced former Trump Health and Human Services Secretary Tom Price, who still owes the U.S. government over $300,000 in travel expenses, according to an Inspector General report.

Between June and September, Warren paid over $150,000 to "Advanced Aviation," a private jet charter service, according to FEC filings. Last week the Washington Examiner reported she had spent over $700,000 total on private aviation.

Warren, Sanders and the rest of the Democratic field still don't know who won the Iowa caucuses after issues accurately reporting the vote total from the state. The Iowa Democratic Party had said that its backup systems worked even after the app it was using to report vote tallies failed, and that it should be able to release the majority of Monday's results by 5 p.m. ET Tuesday.