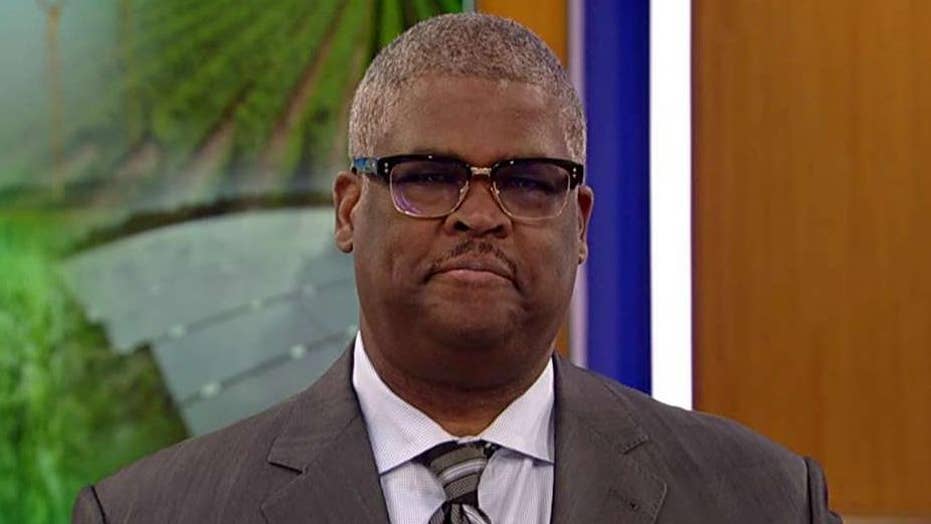 Fox Business host Charles Payne argued Wednesday the childhood asthma crisis in some New York City neighborhoods has nothing to do with climate change, as like Rep. Alexandria Ocasio-Cortez, D-N.Y. claimed.

“You want to tell people that their concern and their desire for clean air and clean water is elitist? Tell that to the kids in the South Bronx, which are suffering from the highest rates of childhood asthma in the country,” Ocasio-Cortez, the Green New Deal's main sponsor in the House, said during a committee hearing on Tuesday.

The Green New Deal calls for the U.S. to shift away from fossil fuels such as oil and coal and replace them with renewable sources such as solar power and wind. The proposed stimulus program calls for virtual elimination by 2030 of greenhouse gas emissions responsible for global warming.

Republicans have railed against the proposal, saying it would devastate the economy and trigger massive tax increases.

Payne said he has lived in Harlem and talked personally and statistically about the reasons why there are a number of asthma cases in the neighborhoods of Harlem and the South Bronx. He cited several studies including a Columbia University study from 2013 that stated cockroach and mouse allergens are more common in lower income housing and neighborhoods. Payne also brought up a New York Times study from 2003 in which social workers said they encountered furniture and carpets covered in dust in these areas.

“Those are the things that have contributed to the crisis of asthma in these neighborhoods. It has zero to do with C02 emissions per se or this climate change debate. She’s (Ocasio-Cortez’s) conflating the two,” said Payne. “It’s a way of also bringing race into the conversation. I think it’s disingenuous because I would love to see these issues addressed as well in a more concrete manner.”

Payne also talked about the International Energy Agency’s most recent data on C02 emissions, which he said was released this week. Payne said “they went up” and said the reason is because of China and India’s use of coal.

“America, by the way, our C02 emissions, as a percentage of our GDP, down almost 50 percent in the last 20 years. We’re doing what we are supposed to do,” Payne said on America’s Newsroom. “It’s crazy to disrupt our economy by trillions of dollars when America is actually probably doing better on this than any other large growing economy in the world.”