The former foreign policy adviser denied allegations he colluded with Putin's government during the 2016 election; Catherine Herridge has the interview for 'Special Report'

Carter Page said he first met Halper in July 2016 after receiving an invitation to an overseas seminar. He added that his contact with Halper continued for more than a year through September 2017, after Special Counsel Robert Mueller was appointed to investigate potential collusion between the Trump campaign and Russian actors. 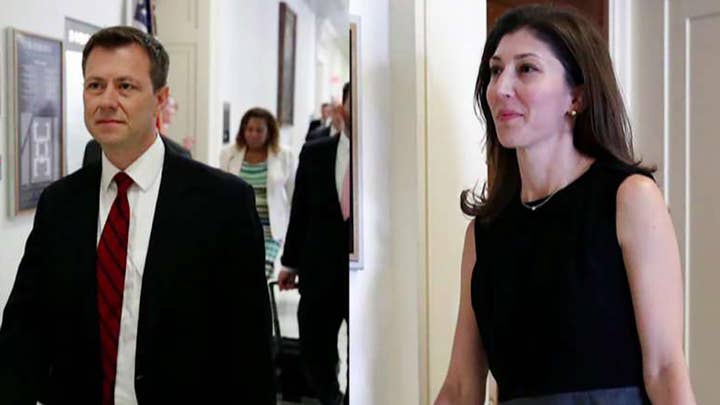 Fox News asked Page if he made any statements to Halper, during this period, that would show he was not acting on behalf of Russia, or would refuse to act on behalf of the Russian government.

"I'm sure Russia came up," Page responded. "We talked international relations. It must have. ... I can't imagine anything I said could conceivably lead to a FISA."

Page told Fox News' "Tucker Carlson Tonight" Tuesday evening that he wants to see the country to continue to "grow" once people who "have been obstructing" the Trump administration's agenda are brought to justice.

Republican critics have suggested the earliest records to be declassified and publicly released could reveal so-called exculpatory evidence regarding Page and Trump aide George Papadopolous. Because the FISA court is ex parte, meaning it involves only the government providing evidence without any defense team present, the government has a unique constitutional and procedural responsibility to provide not only evidence supporting its surveillance application, but also exculpatory evidence that could undercut the application.

Some GOP lawmakers have alleged that exculpatory evidence was available but likely withheld from the court.

"There was western intelligence sent to spy on Papadopoulos and there's a recording and transcript of the conversation," Florida Republican Rep. Matt Gaetz told Fox News. "And there, Papadopoulos denies any illegal conspiracy between the Trump campaign and Russia. So, they had evidence presumably that was against Papadopoulos and for him. What they will never be able to defend is that they never presented that evidence to the FISA court."

A previously revealed text message conversation between Strzok and Lisa Page, meanwhile, has come into focus.

The text referencing "who's playing games" and "covering" was released last year, but Fox News recently confirmed the names hidden beneath redactions. They included a senior FBI lawyer, as well as the FBI agent "Gaeta" -- believed to be a principal handler for the dossier and its author, British ex-spy Christopher Steele.

"This is why declassification is so important, so Americans can finally see for themselves all the facts about how the Russia hoax began and how it spread," California GOP Rep. Devin Nunes told Fox News.

The Strzok-Page text was sent on Oct. 13, 2016, during a tense period eight days before the FBI and DOJ secured a surveillance warrant for Page.  Hours earlier, on Oct. 12, texts exclusively obtained by Fox News showed Page complaining to her boss, then-Deputy FBI Director Andrew McCabe, about the apparent reluctance of a Justice Department official to approve the Page surveillance application.

And, within hours of that exchange, a senior state department official, Kathleen Kavalec, had emailed her FBI counterpart about information provided to her by Steele -- an apparent breach of the former spy's work as a confidential human source for the bureau. Confidential human sources ordinarily do not reach out to multiple government agencies.

In the Oct.13 text to Page, Strzok wrote: "We got the reporting on Sept 19. Looks like [Gaeta] got it early August. Looking at [Clinesmith] lync [internal messaging service] replies to me it's not clear if he knows if/when he told them.  But [Steve] and [Kate] talked with [Spencer] they're both good and will remember. It's not about rubbing their nose in it. I don't care if they don't know. I just want to know who's playing games/scared covering. totally get it will never be provable."

It was not clear from the texts whether "Steve" and "Kate" refer to FBI or State Department employees.

"Spencer's" identity is unknown but has remained of significant interest to congressional investigators who have questioned whether he operated outside of the FBI and DOJ, potentially as part of the intelligence community.

Carter Page has not been charged with any wrongdoing despite federal surveillance lasting over a year, and he has since sued numerous actors -- including the DNC -- for defamation related to claims that he worked with Russia.

"OI [Office of Intelligence] now has a robust explanation re any possible bias of the chs [confidential human source] in the package," Lisa Page wrote to McCabe on the evening of Oct. 12, 2016. "Don't know what the holdup is now, other than Stu's continued concerns."

It's unclear whether the confidential source in question was Steele or another individual. "Stu" was an apparent reference to Stuart Evans, then the DOJ's National Security Division deputy assistant attorney general.

"Strong operational need to have in place before Monday if at all possible, which means to CT tomorrow," Page added. "I communicated you and boss's green light to Stu earlier, and just sent an email to Stu asking where things stood. This might take a high-level push. Will keep you posted."

Minutes later, Page sent another urgent text to McCabe: "If I have not heard back from Stu in an hour, I will invoke your name to say you want to know where things are, so long as that is okay with you."

Lawyers for Strzok, Halper, and Page have not responded to previous requests for comment. Fox News has reached out again to those parties, and will update when available.