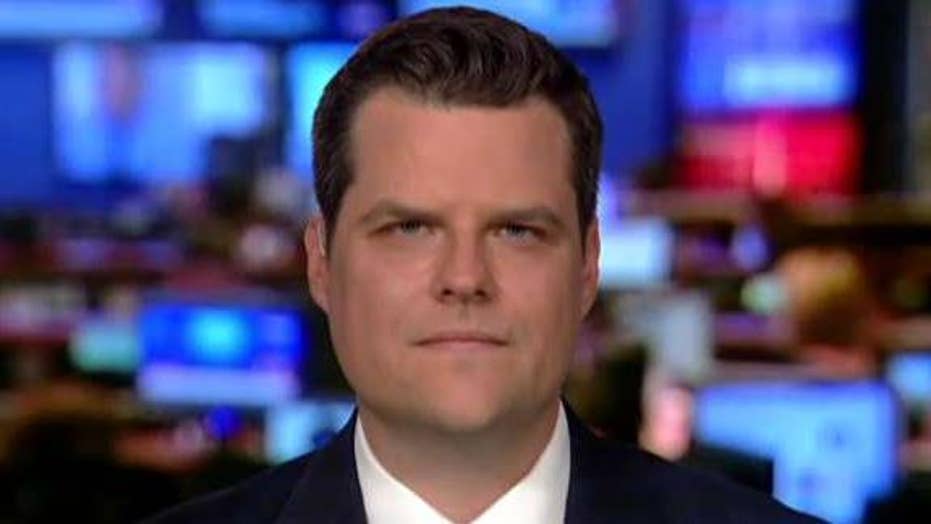 Florida congressman Matt Gaetz revealed Monday night that "most compelling" evidence in the Trump-Russia collusion investigation is days, if not weeks away.

According to Gaetz, R-Fla., secret unreleased transcripts involving former Trump aide George Papadopoulos reveal that he denied there was an illegal conspiracy between the Trump campaign and Russia and that intelligence officials did not present that information to the FISA court.

"I believe we are days if not weeks aways for the most in compelling evidence in the biggest political scandal in American history," Gaetz said on "Hannity" Monday.

"There was western intelligence sent to spy on Papadopoulos and there's a recording and transcript of the conversation. And there, Papadopoulos denies any illegal conspiracy between the Trump campaign and Russia. So, they had evidence presumably that was against Papadopoulos and for him. What they will wont be able to defend is that they never presented that evidence to the FISA court."

Former congressman Trey Gowdy made mention of such transcripts during an appearance on Fox News' “Sunday Morning Futures,” suggesting it is likely the FBI would have transcripts of discussions between informants and Papadopoulos and calling them game-changing if made public.

Gaetz said that this information is what Attorney General William Barr spoke about last week with Fox News' Bill Hemmer.

Gaetz argued why the evidence is so important.

"Here they only presented evidence that would cast people associated with the Trump campaign in a bad light without their multiple professions of innocence," Gaetz said.

"Now, Comey and Clapper and Brennan are all going to say Papadopoulos might've known he was being surveilled when he said none of this stuff was actually happening. But there is still no excuse for why they didn't go before court."