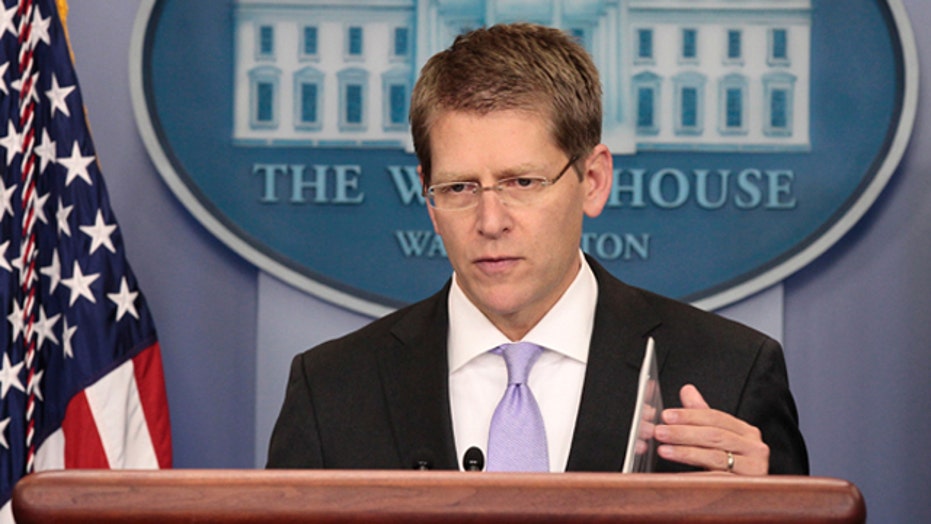 Jay Carney made no major blunders during his three pressure-packed years at the White House podium.

He faced the fate of all press secretaries, having to deny the obvious, deflect the embarrassing and minimize the negative.

And he undoubtedly felt burned out, wanting to spend more time with his two kids and make some private-sector dough.

But the increasingly strained relations between Carney and the press corps were minimizing his effectiveness, to the point that a change made sense for the administration. Carney announced his resignation on Friday, getting an awkward bear hug from the president.

What brought a biting personal edge to the briefings was that Carney adopted the habit of suggesting that reporters such as Ed Henry and Jonathan Karl were being partisan, or carrying the Republicans’ water, or mocking them for asking tough questions—even though the questions were perfectly legitimate.

Perhaps there was an extra layer of resentment because Carney had been one of them, a veteran Time magazine correspondent until he left journalism to become Joe Biden’s spokesman in 2009. And of course the televised briefings involve theater on both sides, with TV reporters looking for flashy exchanges they can replay on their networks. But Carney went a step further, saying the correspondents would be “disappointed” that his answers didn’t feed an anti-Obama narrative.

Carney deflected blame for the toxic tone in an MSNBC interview this morning. He said there was a "theatricality" to the briefings because of the cameras, and that some reporters ask the same question that has been repeatedly answered "to get a crack at their moment on TV."

Caught between the president and the press, Carney was often in the position of defending the indefensible. The drumbeat of questions about whether the president had lost confidence in Eric Shinseki, when the White House was clearly preparing to shove him out the door, forced Carney to keep dodging. Little did we know that his own resignation would be tacked onto the VA secretary’s to create a one-day “housecleaning” story.

Before that, Carney had to make the ludicrous argument that an e-mail about the Benghazi talking points that the administration had failed to give to Congress wasn’t really about Benghazi. And he was battered for months about the slow-motion disaster that was the ObamaCare rollout.

Carney also insisted that the administration was living up to its promises on transparency, even as photographers were denied access to important events in favor of government-issued pictures and video. He responded to criticism about access by listing Obama’s record number of interviews, although many of those sessions were with the likes of Jay Leno, Jon Stewart, ESPN, Ellen DeGeneres or Zach Galifinakis.

And it was Carney who took the heat when the Justice Department conducted surveillance of reporters at the AP and Fox’s James Rosen, which had a chilling impact on investigative journalism.

Carney, of course, didn’t make most of these decisions, and there was criticism that he was not in the loop like his predecessor, Robert Gibbs. Many reporters also complained that he was difficult to reach.

Carney was the first straight reporter to take the job since NBC’s Ron Nessen left NBC to be Gerald Ford’s spokesman. I always wondered whether he felt he had to demonstrate his loyalty by being just a little tougher on his ex-colleagues.

Part of his job, of course, was to be the designated piñata for the press corps. “Under Carney, the press briefing further devolved into daily rounds of rope-a-dope, in which he appeared mostly interested in outlasting his antagonists,” the New Republic says.

But you can’t score points when you’re constantly on defense. Carney, it seems, had lost the ability to drive a positive message. Of course, his boss has had a bad year, and that didn’t leave Jay much to work with.

Carney’s well-liked deputy, Josh Earnest, will now give it a shot (having beaten out State Department spokeswoman Jen Psaki for the job). It reminds me of when the genial Tony Snow replaced that embittered Scott McClellan in the Bush White House.

As for Carney, he can go the corporate consulting route. But with Gibbs and David Axelrod having blazed a path to MSNBC, I wouldn’t be surprised to see him joining the pundit ranks.