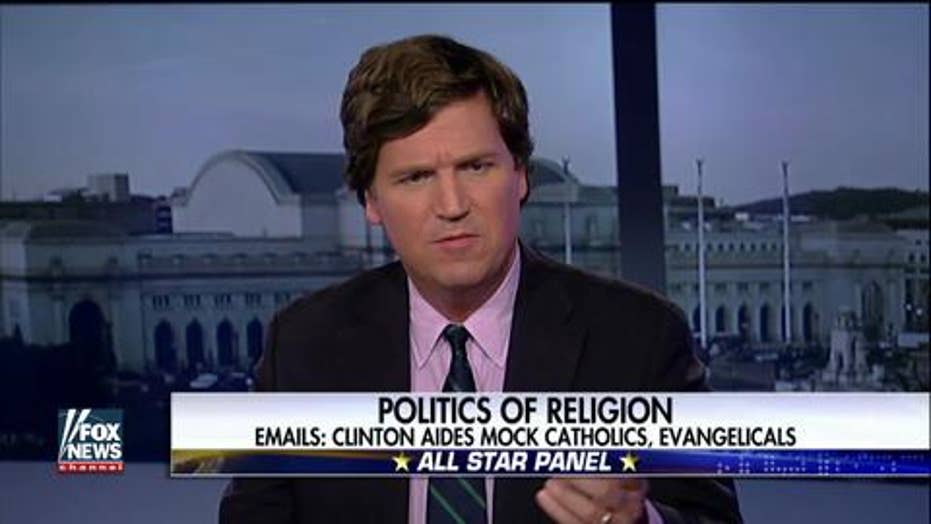 Tucker Carlson told viewers Wednesday on “Special Report with Bret Baier” that the email exchange between Clinton staffers revealed by the latest WikiLeaks email dump is “infuriating on a whole bunch of different levels.”

The "Fox & Friends" host stated that had Clinton staffers ridiculed Islam instead of Catholicism, “the president would have a prime time press conference right now, urging all of us to sort of quell our anti islamophobia.”

The "Fox & Friends" anchor argued that its senseless to say that “Catholicism is backwards,” because there are many other “world religions that are far more retrograded on that question than anything that Catholic Church has ever come out with.”

Carlson also expressed his frustration about the lack of media coverage on the WikiLeaks emails.