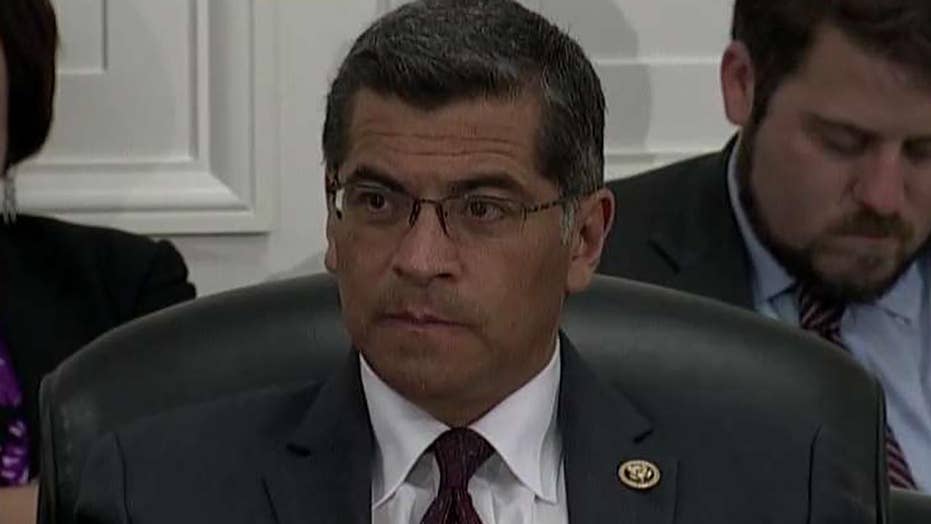 Immigrant groups reacted with outrage after the Department of Commerce announced that citizenship status will be reinstated to the 2020 census; Doug McKelway reports from Washington.

California on Monday promised to sue the Trump administration over its decision to ask the 2020 census respondents if they are citizens of the United States.

California Attorney General Xavier Becerra announced the suit against the administration late Monday on Twitter, saying the measure would be unlawful.

“Filing suit against @realdonaldtrump's Administration over decision to add #citizenship question on #2020Census. Including the question is not just a bad idea — it is illegal,” Becerra wrote.

The Commerce Department said in a statement that the citizenship question would be added in response to a request by the Justice Department made in December. The statement said that Commerce Secretary Wilbur Ross "has determined that reinstatement of a citizenship question on the 2020 decennial census questionnaire is necessary to provide complete and accurate census block level data."

Democrats have criticized the administration’s announcement, saying the inclusion of such a question amounts to an effort to intimidate immigrant communities and siphon money and electoral power away from them.

In a San Francisco Chronicle opinion piece published Monday, Becerra and California Secretary of State Alex Padilla wrote that the inclusion of a citizenship question would be "illegal" and "an extraordinary attempt by the Trump administration to hijack the 2020 census for political purposes."

"California, with its large immigrant communities, would be disproportionately harmed by depressed participation in the 2020 census," they wrote. "An undercount would threaten at least one of California’s seats in the House of Representatives (and, by extension, an elector in the electoral college.)"

According to the Commerce Department, "almost every decennial census" between 1820 and 1950 "asked a question on citizenship in some form." The department also said the citizenship question would be "the same as the one that is asked on the yearly American Community Survey (ACS)." The ACS is sent to a much smaller percentage of American homes than the actual census.

The decennial census count is required by the Constitution and its results are used to determine federal spending, as well as the number of congressional seats allocated to each state for the next decade and the number of electoral votes available from each state.