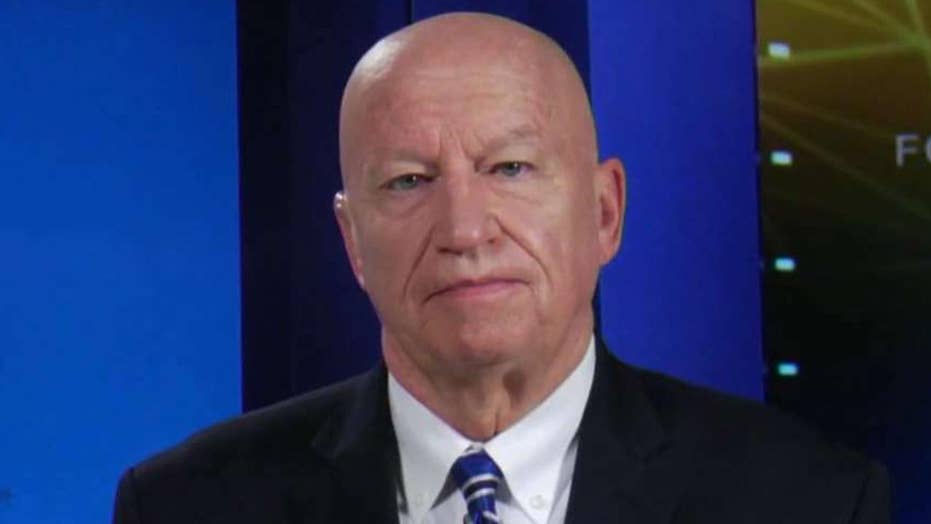 Chairman of the House Ways and Means Committee on whether Republicans have the votes to pass comprehensive tax reform.

Rep. Kevin Brady, the House’s top tax-code writer, on Sunday defended the chamber’s overhaul plan against criticism that many middle-class Americans will pay more and turn voters against the Republican Party, vowing relief for all Americans.

“Here is where I strongly disagree,” Brady, R-Texas, chairman of the House Ways and Means Committee, told "Fox News Sunday." “I believe there is tax relief all up and down the income level for families, regardless of what they earn.”

The lawmaker is defending the plan against criticism from congressional Democrats and two analyses, including one in The New York Times that concluded one-third of middle-class families will get a tax increase.

“They’re describing an America that doesn’t exist -- one where the economy never grows and one where your paycheck stays stagnant no matter what happens,” Brady said about The Times analysis. “I strongly disagree.”

“The reality is many middle-class families are going to end up paying more," Maryland Sen. Chris Van Hollen, chairman of the Democratic Senatorial Campaign Commitee, told Fox on Sunday. “Folks in suburbs are going to get clobbered.”

The GOP-controlled House and Senate have each introduced separate plans, which must pass in each chamber before leaders can craft a compromise bill that gets passed by the entire Congress and put on President Trump's desk before the end of the year.

“Everyone’s stressing the differences,” Brady said Sunday. “There are some, but there is far more common ground.”

He also essentially guaranteed the House plan will keep some state and local deductions and was optimistic about his committee voting on the plan in the coming days, with final passage before a self-imposed Thanksgiving deadline.

“That’s our goal,” Brady said. “That’s what we’re scheduled to do."

He also disagreed with analysis that the GOP plan will increase the federal deficit by $1.5 trillion, arguing that critics don’t take into account that the tax cuts will stimulate economic growth.

Brady repeated what House Speaker Paul Ryan, R-Wis., and others in the GOP leadership have for months said about the plan, that it increases paychecks and allows Americans to decide what to do with their money before the IRS gets its hands on it.